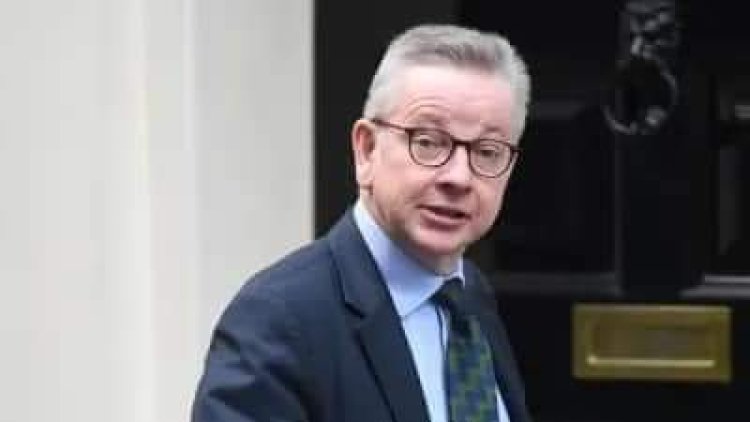 It was perhaps one of the most eye-catching policies of recent weeks. Michael Gove’s announcement that he wanted to use the mansions of sanctioned Russian oligarchs to house Ukrainian refugees.

At a recent Cabinet meeting, Boris Johnson told his top team of ministers that he too was very keen.

A Whitehall source said Gove was keen to “expedite” the necessary legislation to make the idea a reality.

But I’ve heard that behind the scenes this is causing angst among some backbench MPs and even Cabinet ministers.

They argue that property rights are fundamental in the UK and worry about the precedent the policy could set.

Kevin Hollinrake, the MP for Thirsk and Malton, told me that he supported the principle of using the properties for humanitarian means – but said it was hard to see how it was possible to do it in a way consistent with property rights.
“Property rights underpin the whole economy”, he said.

“People invest in the UK because we respect the law and retrospectively legislating is a dangerous step. Of course, we want to do something punitive but we have got to make sure we maintain the UK’s attractiveness as a place to invest in."
Steve Baker MP went further, arguing: “This is classic neo-Conservative nonsense from Michael - we must respect property rights and due process if we are to have a just and lawful society.
“Every Conservative should be very worried about property being taken by the state without a court case."

A Cabinet source claimed that several top ministers were also worried about the idea, with some concerns centred around the practical question of who is liable if the property or its contents are damaged, not least given the high values involved.

But the Whitehall source insisted that the concerns could all be addressed within the law – stressing “it is not confiscation, it’s seizure” - stressing it would be a temporary measure while the individual was sanctioned.

“Why let an empty home just sit there when they could be used for social good?”

For the government to go further than simply freezing the asset – but seizing it for another use – would require legislation that Gove is hoping to rush through Parliament. The source pointed out that the UK proposals are not as tough as a bipartisan bill being proposed in the US - under which full confiscation would take place.

And they said that while the secretary of state would make the decision, there would be a statutory right to appeal to the High Court.

“If this is agreed across government our intention would be to legislate as soon as possible and seek cross party support for doing this.”

Gove has apparently indicated that he can’t imagine MPs who are worried about the policy would actually vote against it in the House of Commons. But he will need the green light from Cabinet colleagues before he can push ahead.
A minister said they did understand the concerns, saying “the Conservative Party is the party of property rights and anything must be done lawfully”. But they said that as long as the property is frozen rather than confiscated, then there may be a way to do it within the law – arguing that similar things happened to German assets in the Second World War.
Source. ITV News