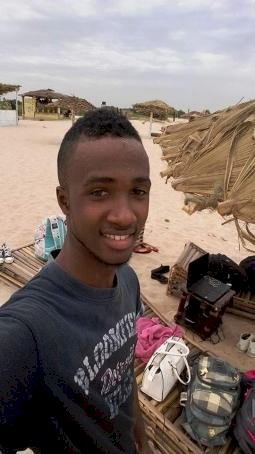 A very sad story happened this morning. It was exactly 1:20 am when I was out in the street on my normal curfew patrol when I met a lady with her eleven year old daughter walking around the bridge at Tipper Garage in Bakoteh. Guess what, the lady was feeling pain and she told me she wants a vehicle to drive her to a clinic/hospital. I needed not ask further questions because it was obvious in my eyes that she was a pregnant woman.

The pregnant lady could barely walk and I asked her where she was coming from. She told me she is residing in Bakoteh with her husband who is old and sick.

I felt very bad. This is because my mind was running through a lot things. The lady was weeping and I was consoling her while finding a vehicle to pick her up.

One of the things I was thinking about was do we have a proper ambulance service? I realized that we don’t have any. The best and only available option was to waive at passing vehisles since it was curfew time.

I held her hands and we were moving slowly. I could she her daughter crying. She told me “will my mother will die” in my native dialect and I responded in the most responsible way to give her confidence.

I got another pain. Two ambulances and several vehicles having COVID-19 tags passed us. I waved and shouted for help but none stopped to check on us. I was shouted help- emergency but none stopped.

We continued with our slow movement until we reached Bamboo when a motorbike came to her aid. This person does not hesitate to help carry the lady to the Serrrekunda Clinic. While he carried both the lady and her daughter, I was running after them because the man said he does not know the clinic so I have to take them there.

We moved in haste to the clinic and handed her over to the health workers at clinic. This is how I turned back.

This motor bike owner rescinded from sharing contact with me saying he did it for the sake of God. I tried to give him something but he said it was his duty to do that. When I asked whether he is health worker he replied in the negative.

This tells a lot. Our health workers were passing someone in a condition requiring help but decided not to do so but someone who is not a health workers helped a lady who was feeling pain.