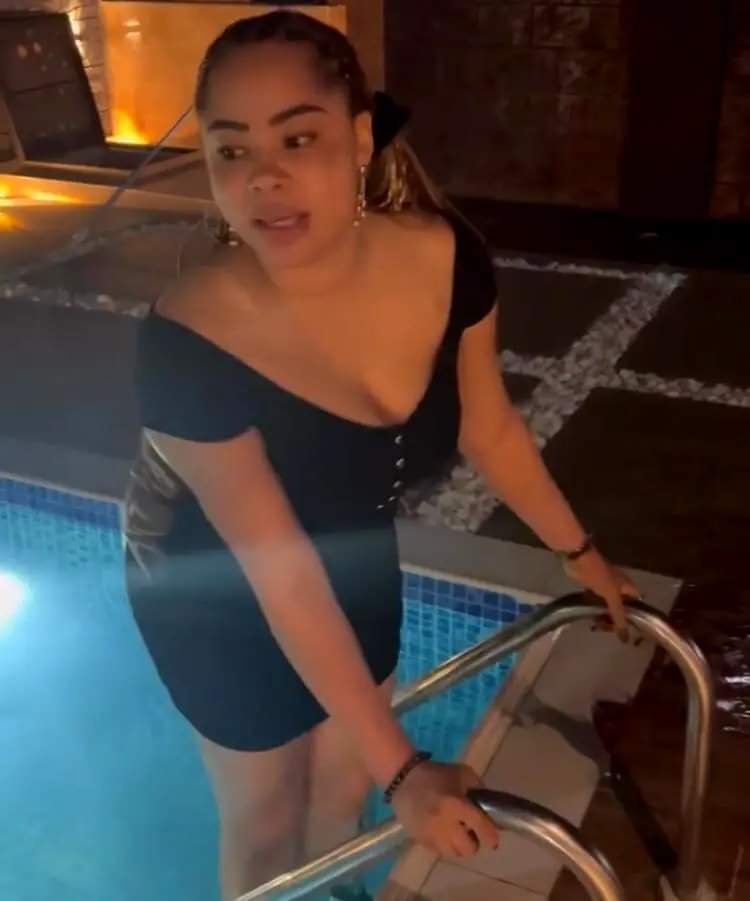 The ex-wife of Chief Femi Fani-Kayode, Precious Chikwendu has been dragged on social media by Nigerians who reportedly felt disrespected by her recent comments while inside a swimming pool with a suspected male friend.

Recall the media space was recently agog over comments by Precious when she said “I am actually a Mami water but Africans take Mami water too seriously but it is not”.

Precious in the same video was heard saying “awww water got into my Chocha, my Chocha is wet”. This comment hasn’t gone unnoticed by Nigerians who have expressed their sadness, disgust over the comments with many saying it is an insult to women and motherhood.

Chocha is a street slang to mean female genital.

Leonard Ibekwe @Leoibekwe “ how can you say such in the video u posted to Public? A mother of four? No respect for womanhood and motherhood? Abeg this is disgusting, to say the least”.

Linda @LindaOghogho “ I am already ashamed as a woman hearing such a thing. Chocha is very common slang for Vaginal, even if it is wet you don’t have to say it in public. This girl is shameless. Aswear.”

She also said, “I am a good Mami but most men don’t care if the Mami is good or bad. They just see them all as fish and they want to fry them and EAT THEM UP”.

Recall Vanguard had reported how Precious Chikwendu’s ex-Husband, A former Aviation Minister, Chief Fani-Kayode had allegedly told a court sitting in Abuja that his ex-wife Precious Chikwendu allegedly left his home to “propagate her inordinate sexual affection and denying her children breastfeeding in the process.”

Precious has since denied all the allegations.

Guinea:“While just a week ago, he was advising not to cast...