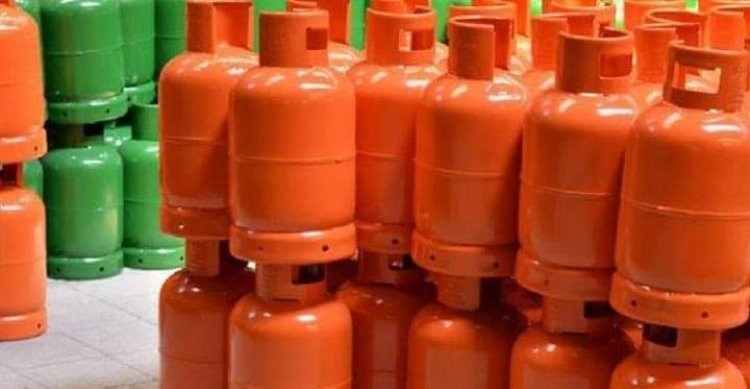 Residents of Kaduna are currently faced with the high price of cooking gas also known as Liquefied Petroleum Gas (LPG) and looking for alternative means to cook their food has become inevitable.

Findings by DAILY POST revealed that many residents are seeking alternatives such as firewood, sawdust, and charcoal as a means of cooking against the high price of cooking gas.

A resident, Mrs. Kacham Adamu of Mahuta in the Chikun Local Government Area of the state, said the hike in the gas price has forced her to purchase a charcoal stove to serve as an alternative, saying that her low income cannot afford the high cost of cooking gas.
According to her, in January 2021 she purchased 12.5kg of gas for N4,200 at a gas filling station along Ibrahim Yakowa way, but today, she explained that the same 12.5kg is being sold for N9,000 at the same station.

Mrs. Adamu said she took the right decision by getting a charcoal stove, but, also lamented that the charcoal price has also increased from 1,500 to 3,000, lamenting that the charcoal is not even available as the state government has placed a ban on the sale of the product.

According to Aisha Hassan, “The problems associated with cooking are so terrifying that the common man is suffering every day to get foodstuffs following its increase on a daily basis and then how to cook it for the consumption of the family.”

She noted, “My worry is that the government of the day appears indifferent with the happenings the common man is going through. Insecurity has restricted the movement of people to get their daily needs, no telecommunication network, and the worst is the increase of the prices of foodstuff every day in the market and what seems the only hope of the downtrodden such as Kerosene and gas has become beyond the common man.”

To Mallam Mohammed Sale, “People are suffering in all aspects of life, be it security, health, education, feeding and other aspects of life has made man expose to hardship that people are just working aimlessly.”

He called on government at all levels to sympathize with those who elected them into office and do the needful by ensuring that people get the basic necessities of life.

Many marketers in Kaduna told DAILY POST that the imposition of Value Added Tax (VAT) by the Federal Government on gas imported into the country is one of the key factors that led to the hike in the price of cooking gas.

According to Mrs Grace Musa, “The imposition of Value Added Tax by the federal government on gas importation in the country has denied many homes the use of gas to cook. The increase in the price of gas following the low-income l am being paid every month has made me look for charcoal to be able to cook for the family.”

Every Man I Date End Up Leaving Me Because They Can’t Handle My Weight – Woman Laments.

Success Of Anambra Election Means 2023 Polls Not In Danger — BUHARI