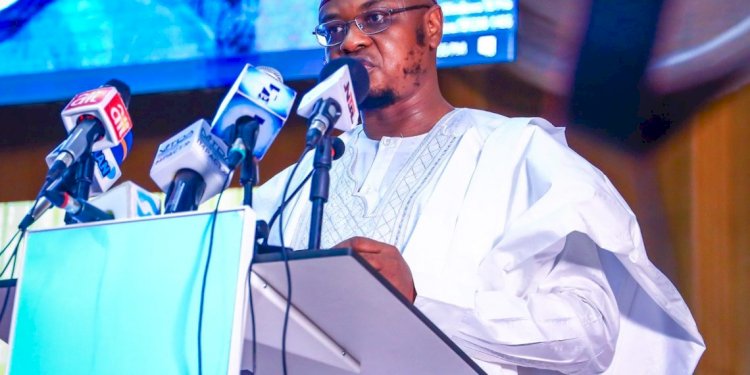 "Society's discomforts and disagreements should, however, not be enough reasons for us to approve the circulation of phony and injurious statements against any perceived foe,” the CAN chairman says.

The Christian Association of Nigeria (CAN), and the Nigerian Supreme Council for Islamic Affairs (NSCIA) have rejected the document allegedly linking communications minister Isa Pantami to the death of former Kaduna State Governor Patrick Yakowa.

The chairman of CAN, Kaduna State Chapter, John Hayab, made the association’s stance known in a statement sent to PREMIUM TIMES Thursday.

Mr Hayab, who was Mr Yakowa’s former special adviser on religious affairs, said “as someone very close to the late Yakowa, I call on all Nigerians to ignore the insinuations linking Pantami with Sir Yakowa’s death, endangering national peace.

“This, I call on security agencies to step in and tame the circulation of such dangerous documents. We cannot afford to stoke fire when we should be pouring more water.”

“Sensitive documents like the ones purported to be from the JNI meeting in Bauchi should be subjected to thorough security investigation and trials, not tools for social media warfare,” Mr Hayab said.

Those circulating the document said it is the minutes of a July 2010 meeting of Jama’atu Nasril Islam (JNI) where the group, among other things, allegedly plotted to “eliminate” Mr Yakowa.

The report, which had been online since August 2010, quickly went viral when it was redistributed Wednesday. The document claimed the said meeting was chaired by embattled Mr Pantami.

But Mr Hayab said his group believed the ‘communique’ could have been doctored.

“We are aware that in this age of technological advancements, we have to take any allegations with a pinch of salt until we are confident of the authenticity of the source,” he said.

“Society’s discomforts and disagreements should, however, not be enough reasons for us to approve the circulation of phony and injurious statements against any perceived foe.”

He said CAN and Mr Yakowa’s family feared making the allegation “a media issue, instead of a legal and security issue that it ought to be, is that we stand to lose the most important point; that of bringing to justice persons accused to have wronged the law.”

He, therefore, called for caution to avert further chaos in communities with strained relationships as what is needed are mediatory interventions and peacebuilding.

He noted that after Mr Yakowa’s death, there was no inquiry to determine the cause of his death.

“We the Christian community and indeed his immediate family acknowledged the tragedy, submitting to the will of God Almighty. For that purpose, there is no point, now or later, to open up what will not bring back our leader and father but rather open up old wounds in a very controversial manner.

“Those who feel they have information to help the security agencies investigate whatever crimes against groups or individuals should do so within the provided window, without exacerbating the tension or formulating tales in the public space,” Mr Hayab said.

Meanwhile, the deputy secretary-general of the Nigerian Supreme Council for Islamic Affairs (NSCIA), Salisu Shehu, said the document was concocted as “we do not call our religious scholars clergies.”

NSCIA is the umbrella body of Muslims in Nigeria, including JNI, one of the foremost Islamic bodies in Northern Nigeria.

He noted that Mr Pantami was not a member of JNI, so he could not have chaired the group’s meeting.

“We don’t have Shehu Maigandu. We do not write Barkin Ladi. We don’t write Dogo Nahawa,” Mr Shehu said of the document.

“We never see Christians as dominant in the SW (South-West). The minute does not meet standard rules of meetings.

“The Jos North/Bassa Federal Constituency seat is always won by Jasawa. JNI does not need to struggle on it. The last occupant, Haruna Maitala died recently.”

Earlier on Thursday, the Secretary General of the NSCIA, Ishaq Oloyede, had responded to the document by saying, “The so-called communique is fake, concocted by bigots who are desperate to pull the man (Mr Pantami) down.

“It should be disregarded because the intention of those who fabricated it is to portray Islam in bad light and cause division between Muslims and Christians in the country.

“JNI will respond on its own. But as an official of NSCIA, I am in a position to tell you that the gentleman was not in Nigeria at the time they said the meeting held. He was in the UK. So, how could he have presided over a meeting in Nigeria at the same time?

“Any discerning Muslim or Christian should know that this is a clear case of forgery. The content of the so-called communique is contrary to Islamic beliefs and teachings. An association like JNI can never hold a meeting to plan the killing of anyone or the commission of crimes.

“Islam is a religion of peace. Those circulating this falsehood are clearly committed to sparking crisis and violence in Nigeria. Government should fish them out and bring them to book.”

The JNI is yet to respond to PREMIUM TIMES enquiry on the controversial ‘communique’. It’s Secretary General, Khalid Aliyu, told this newspaper he is busy working on a statement to be circulated later.

Mr Pantami, a widely regarded Islamic cleric in Nigeria’s north, has come under attacks in the past few days after details of his past incendiary sermons became public. Video and audio recordings of sermons where he praised Islamic extremists such as Osama Bin Laden and offered to lead a Jihad have flooded Nigeria’s social and legacy media.

The minister has since apologised , saying he has amended his views and has been working hard dissuading Nigeria’s young people from embracing extremism.

But his critics are far from being pacified. Calls for his resignation or removal from office have become increasingly defeaning.

When PREMIUM TIMES contacted him Wednesday night as reports circulated that he chaired a meeting where an assassination was plotted, the minister said, “Allah knows there is nothing like that. I am not a member of JNI and I have never attended a meeting of JNI in Bauchi in my life. The only JNI meeting I ever attended was in Kaduna in 2018. The Sultan personally invited me because they wanted to understand certain government policy.”