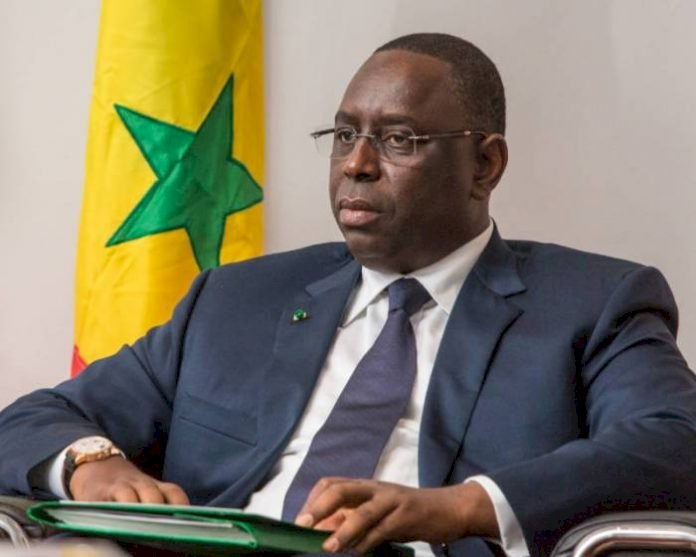 The sub-region is in turmoil due to the tampering of constitutions by heads of state to be able to run for a third term. Attempts against which the peoples of the countries concerned, namely the Ivory Coast and Guinea, are rising up. In Senegal, President Macky Sall prefers not yet to pronounce on the question of a possible third term even if several people and sectors suspect him of having such a plan.

Me Soulèye Macodou Fall, lawyer at the Paris bar, and the professor of constitutional law Babacar Guèye however maintain that nothing, from a legal point of view, seems to oppose Macky Sall’s running in 2024 for a final candidacy for the presidential election. Which is in the eyes of Professor Ismaila Madior Fall, one of the drafters of the current constitution, an aberration. The Senegalese Democratic Party (Pds), the main opposition party, through its communications officer, refused to comment. However, the Constitutional Council seems to have already settled the debate.
In a video posted on social networks, Me Soulèye Macodou Fall, lawyer at the Paris bar, wants to sound the alarm to warn the Senegalese and the whole world that a possible presidential candidacy of 2024 would be in the order of the possible . According to him, this problem was resolved by the Constitutional Council in its decision rendered in February 2016. This is why Me Fall considers that his conscience does not allow him to remain silent on a future electoral dispute even though he can shed some technical light on the matter to prevent his country from sinking into chaos.
“Article 27 of the Constitution says that the term of office of the President of the Republic is 5 years. No one can serve more than two consecutive terms, “the lawyer recalled from the outset. He goes on to say that President Macky Sall posed the question to the Constitutional Council before the 2019 presidential election to ask if he can apply the new 5-year presidential term to his current term? In its decision number 1-C-2016 of February 12, 2016, the CC replied in paragraph 30 of the reasons: “(…) the current mandate at the time of the entry into force of the revision law, which is essentially intangible , is outside the scope of the new law ”.
In clear terms, according to the lawyer at the Paris Bar and as indicated in the provisions, “the new law on the duration of the mandate of the President of the Republic cannot be applied to the current mandate”. “We are not in the context where Abdoulaye Wade asked the Constitutional Council on the eve of the 2012 presidential election for an opinion if he can be a candidate for a third term,” he added. To conclude, Me Soulèye Macodou Fall believes that Macky Sall can run for another term in 2024 which will constitute his second term in accordance with article 27.
Professor Babacar Guèye in phase with Me Soulèye Macodou Fall
Professor of constitutional law Babacar Gueye agrees with Me Soulèye Macodou Fall. According to him, the question is not new to him because he had sounded the alarm since 2017 to say that the new provisions of the fundamental charter of Senegal, as currently worded, do not prohibit the Head of State, Macky Sall, to run for a third presidential term. “If we apply the Constitution to the letter, we can consider that the current mandate is not part of the count. This means that President Macky Sall, in 2024, can consider running for a third term as President Wade had done (…)
When the Constitution was drafted, we certainly forgot to include transitional provisions. It was necessary to add transitional provisions to clarify that the current mandate is part of the count of the two mandates that the current president may have ”explained Professor Babacar Guèye who thought he could alert in order to avoid bloodshed as was the case. case in 2011. He castigates the attitude of some Senegalese who accused him either of being an opponent or of riding for power.
According to him, the legislator did not foresee a transitional provision which makes nebulous and complex this affair of the third mandate. However, he argues forcefully, morally President Macky Sall should not stand for a third term. “This is a fundamentally ethical problem. It is not morally acceptable for him to serve a third term “insists the eminent constitutional scholar.
However, it should be recalled that Professor Ismaïla Madior Fall disagreed with the arguments of his colleague, Professor Babacar Guèye, who maintained that in the absence of transitional arrangements, nothing prevents the current president from stand as a candidate in 2024. ““ The Constitution of Senegal is very clear on the question of the presidential mandate and leaves no room for interpretation.
Article 27 of the Constitution (of 2016) clearly states: The President of the Republic is elected for 5 years renewable once. Therefore, no one can exercise more than two consecutive mandates. There is no need for interpretation, “said Professor Ismaïla Madior Fall. Mayoro Faye, communications officer for the main opposition party, PDS, declined to comment on the issue on the grounds that the debate has yet to be held within the Liberal party.