Ghana Election: I Have Not Congratulated Anyone, Says Mahama 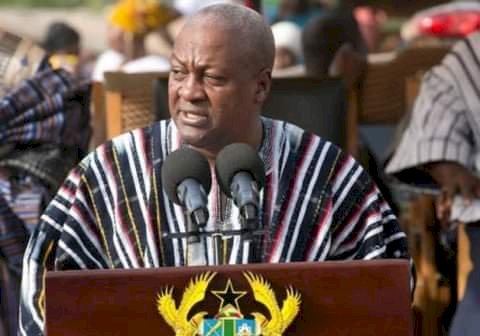 Former President of Ghana, John Mahama, and candidate of the National Democratic Congress in the December 7, 2020 presidential election, has said he has not conceded defeat or congratulated any of the 11 other candidates in the race including incumbent President Nana Akufo-Addo of the New Patriotic Party.

Mahama at a press conference on Tuesday night warned that no attempt should be made to steal the election which is the West African nation’s eighth consecutive poll since it returned to democracy decades ago.

More than 17 million people registered to vote in the election involving 12 candidates but the vote is essentially a fight between Mahama and Akufo-Addo.

For the third time on Monday, Akufo-Addo, who is seeking re-election, locked horns with his predecessor, Mahama. In 2012, Mahama narrowly defeated Akufo-Addo with 50.7 per cent of the vote and in 2016, Akufo-Addo beat Mahama with 53.8 per cent.

Speaking on Tuesday, Mahama said, “I thank the people of Ghana for what has been an exciting election. I want to state firmly and categorically that I have not congratulated anybody. And no attempt should be made to steal this election; we will resist it.

“The Ghanaian people want a change in this country. Ghanaians are tired of Akufo-Addo and his government.

“We thank the electorate for giving us a working majority in parliament. 140 seats is a majority. And no attempt should be made to subvert the will of the people.

“I have looked at the results so far and I am confident of the outcomes.”

The NDC candidate also accused Akufo-Addo of ‘undemocratic’ practices. According to him, the incumbent has been using “the military to overturn results”.

Akufo-Addo has been silent since the election on Monday as he awaits the Electoral Commission Ghana to declare the winner of the keenly contested poll.

The country’s electoral umpire has, however, called for calm, adding that the results of Monday’s presidential election would be released any moment from now.

According to the electoral umpire, “The winner of the presidential election must obtain not less than 50% +1 of the total valid votes cast i.e. the candidate must obtain more votes than the votes of all other contestants put together.”