EXPLAINER: What is this ‘Arabic sign’ on the naira all about? 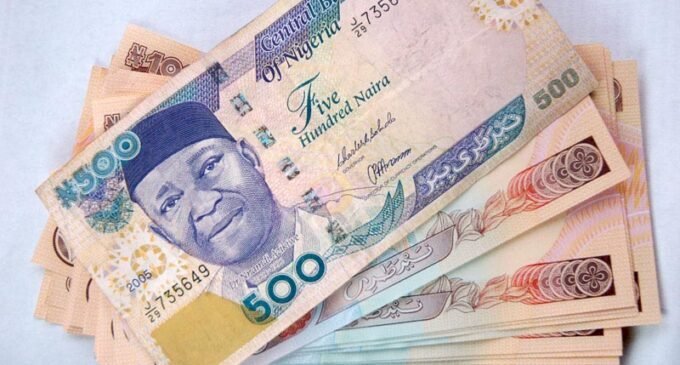 The federal government, Central Bank of Nigeria (CBN) and attorney-general of the federation (AGF) are battling with a suit filed by Malcolm Omirhobo, a Lagos-based lawyer, seeking the removal of Arabic inscriptions from naira notes because they “represent Islam”.

Why is this such a big issue? What exactly is this ‘Arabic sign’?

TheCable does a little bit of research and comes up with some interesting facts.

Is it Arabic or Hausa?

Long before the British colonial government thought of amalgamation — or brought Western education to Nigeria — Arabic script had been introduced to Hausaland (in modern-day northern Nigeria) by traders and scholars from across the Sahara.

The proper term for this ‘Arabic sign’ is Ajami. It is an Arabic-derived African writing system.

In much of Eastern Africa, Arabic-derived script is used to write Swahili, although the language itself is Bantu-based.

Since African languages involve phonetic sounds and systems different from the Arabic language, there were adaptations of the Arabic script to transcribe them.

This is similar to what has been done with the Arabic script in non-Arab countries of the Middle East and South Asia, with the Latin script in Africa or with the Latin-based Vietnamese alphabet.

“Utend̠i wa Tambuka” is an epic poem dated 1728. The language is Swahili but the script is Arabic-based.

This is confusing. What we see on the naira is clearly Arabic but you are saying it is Hausa.

The ‘Arabic sign’ on the naira is actually Hausa language written in Arabic script.

As explained earlier, in the pre-colonial era, the Hausa people took the Arabic script and made it their own.

A typical northerner can read Ajami even if they do not understand the Latin script that is used for English.

The northern part of Nigeria did not embrace Western education early, and there is a strong resistance to it in many parts till today.

But most northerners are versed in Ajami, having undergone Arabic-based Quranic education as children.

Okay then. Should Arabic script still be on naira notes? Why not the common Latin?

The argument against the Arabic inscription on the naira notes is that it is a violation of sections 10 and 55 of the Constitution of the Federal Republic of Nigeria.

Section 10 of 1999 Constitution reads: “The Government of the federation or of a state shall not adopt any religion as state religion.”

The notion is that Arabic and Islam are the same, and this has led to accusations that the Arabic “symbol” on the naira connotes religion and promotes Islamisation.

However, section 55 specifies that the country’s affairs must be conducted in English, Yoruba, Igbo and Hausa.

Since Ajami script is in Hausa language and is not a symbol of Islam or any religion, many will argue that no law has been violated.

Nigerian laws are silent on the script for writing, although the most common is Latin.

Nigeria used pounds and shillings as national currencies before the change to naira and kobo in 1973. Both had the Ajami script.

I am holding a N10 bill right now. I can’t find any Arabic script on it. Are you sure of all you have been saying?

In February 2007, the government removed Arabic script from some lower-denomination notes. It said that Ajami was no longer necessary because most Nigerians could now read and write in English.

The government also said it removed Ajami in order to conform to Nigeria’s 1999 constitution.

In 2014, the Goodluck Jonathan administration issued a new N100 note to commemorate the 1914 amalgamation.

In 2007, Naira Goma was changed from Ajami to Latin script

On previous the banknote, the words “Naira Dari” — Hausa for “one hundred naira” — appeared in Ajami.

Now, the Hausa was printed, like the Yoruba and Igbo, in Latin letters (English).

This was highly controversial and was viewed in religious and political contexts.