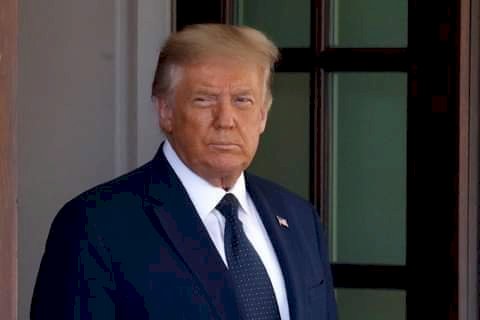 United States President Donald Trump's Twitter account was hacked in October, Dutch prosecutors said, adding that the "ethical hacker" would not face charges. According to foreign media reports, the Dutch government will not punish the hacker Victor Gevers who got into Trump’s Twitter account by guessing his password. Both the White House and Twitter had denied reports that the account had been hacked.

'Hacker has not committed a crime because...'
Gevers himself disclosed the hack, saying the password he guessed was “maga2020!”, referring to the Trump slogan "Make America Great Again", reports stated on Wednesday. A cyber unit called Team High-tech Crime began its investigation at the end of November to establish if a criminal offence had been committed.

"However, Gevers has not committed a crime because he sought contact with the White House, Twitter and the FBI and made suggestions for improvements," the public prosecutor is quoted as saying in Dutch media reports.

When news of the hack first broke, Gevers told De Volkskrant that the ease with which he accessed Trump’s account suggested the President was not using basic security measures like two-step verification. "I expected to be blocked after four failed attempts. Or at least would be asked to provide additional information," he told the Dutch newspaper.

It was not the first time Gevers had gained access to Trump's Twitter account. In 2016 he and two others guessed Trump’s password, which at the time was “you're fired” – the catchphrase from the reality TV The Apprentice, reports said. The Dutch investigation in the Netherlands was an independent Dutch probe and had not been requested by the US.

Earlier in July, the official Twitter accounts of Apple, Elon Musk, Jeff Bezos and others were hijacked by scammers trying to dupe people into sending cryptocurrency bitcoin, in a massive hack. The account of US President Donald Trump, which has more than 88 million followers, was not among those hacked.

Meanwhile, a day after US Senate majority leader Mitch McConnell congratulated President-elect Joe Biden as his Presidential victory was certified by the Electoral College on Monday, Donald Trump on Wednesday said that it was "too soon to give up", adding that the Republican Party must learn to fight. (Republic)

Even if my term ends with this bridge, we have done enough - President Barrow