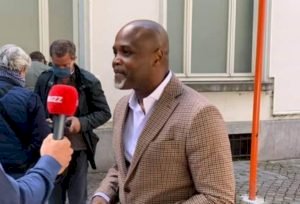 The tensions on the course in Guinea have been palpable for a long time, according to the Belgian politician Lansana Béa Diallo of Guinean origin who had offered his mediation in a last side to bring together power and opposition around a negotiating table.

The capital Conakry and several other cities from the interior of the country were the scene of demonstrations repressed in the blood by the police.

The government accuses Cellou Dalein Diallo to at the origin of post-election violence. He criticizes the President of the UFDG from self-proclaiming the presidential election of October 18th. For Bea Diallo, '' Alpha Condé has a real responsibility in the violence that shake the country today.

He speaks a lot about his assessment, he says he brought people who did not come to Guinea, that he has put in place infrastructure ... but the most important thing is the appeasement. Especially today while we are in a dynamic where there are such tensions. Young people have hatred against those of another community.

Ethnocentrism has been created in this country, and it is extremely scared of me ''. The former boxing world champion ensures that '' This feeling of ethnocentrism even concerns kids, not just adults.

There are confrontations that are getting in place that are scary ". It is favorable to an intervention of the international community to set up a mediation to lead to the training of in government of national unity.

Guinea can not be directed by a clan or another. Guinea must look like the Guinean people. If we do not put a dynamic in place, the country will never go out of all it has been going through since 1958 '', it does not believe hard as iron. Pathé Bah, for VisionGuinee.info