“We find this statement coming from Mallam Shehu Garba at this time insensitive and irresponsible,” the group said... 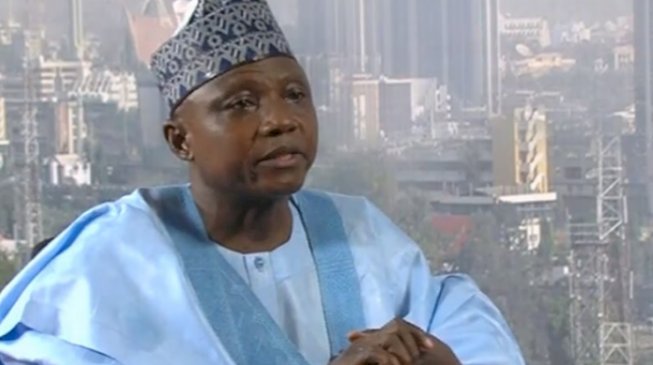 The Special Assistant to the President on Media and Publicity, Garba Shehu, has been faulted for justifying the exclusion of the south-east among the new service chiefs recently appointed by President Muhammadu Buhari.

The Conference of Nigeria Civil Society for Peace and Security (CNCSPS) said on Tuesday in Abuja that Shehu’s statement, on the exclusion of the Igbos from the appointments was not only insensitive but also unexpected of him.

The association’s National Coordinator, Dr. Aminu Shettima and National Secretary, Barrister Olufemi Amuda, wondered if competence only resides among the geo-political regions that President Buhari had consistently considered for appointments in his administration.

They said it was wrong for the Presidential spokesman to dismissively say that the President can’t be made to make the service chiefs appointments on ethnic basis.

“We find this statement coming from Mallam Shehu Garba at this time when Nigerians are still adding their voices to the exclusion of the South East from the recent appointment of the service chiefs by President Muhammadu Buhari as insensitive and irresponsible,” the organisation said.

They said that though they agree that the appointment of service chiefs is not and should not be done on ethnic basis, it begs to ask if Igbo people of South East don’t have competent officers that can be appointed in the administration of President Buhari as service chief?

They said, “Does competent people revolve within only one or two geopolitical zones since the assumption of President Muhammadu Buhari’s administration? Obviously, no.”

On Tuesday, a coalition of South East group of the ruling All Progressives Congress (APC) has commended President Muhammadu Buhari for appointing new service chiefs to man the nation’s security management.

The National Coordinator, Dr Emeka Nwosu and National Secretary, Mrs Amarachi Obinna, respectively said on Tuesday in Abuja that the president’s action which saw emergence of new and energetic military chiefs in such responsibility would no doubt bring sound and imminent improvement in Nigeria’s security problems and deepen political development and good governance in the country.

The COAPCIG, however, expressed displeasure over the president’s exclusion of the South East geo-political region from the appointments.

“This (appointment of service chiefs) is a right step in the right direction and a beginning of a journey to an effective security framework of the country.

“We, however, wish to make a very deep observation concerning the composition of the service chiefs which again, does not include anyone from the South East. This to us, is another heart-breaking news that we beg the president to correct soonest.

“The Ndigbo were in high expectations that whenever the president was rejiggering this core security management, which include the Chief of Defence Staff, Chief of Army Staff, Chief of the Air Staff and the Chief of Naval Staff, a competent Igbo son will be appointed to give us a sense of belonging.

“But to our greatest surprise, the president did not. This, we find to be very disturbing, and we therefore, appeal to Mr President to have a second thought about his action,” they said.

The National Coordinator of the organisation, Comrade Emmanuel Onwubiko, made the plea on Tuesday in Abuja.

This is as he expressed satisfaction with the indelible human rights legacy bequeathed by the immediate past Chief of Army Staff, Lieutenant General Yusuf Tukur Buratai to his successor General Ibrahim Attahiru.

He also commended the new Chief of Army staff, Major General Ibrahim Attahiru for publicly pledging to uphold the legacies of his predecessor, especially by strengthening the human rights in his agenda as the new Army Chief.

Onwubiko urged Attahiru to publicise and implement this commitment as contained in a presentation submitted to him by HURIWA on Tuesday in Abuja.

“We humbly draw your attention to some salient facts adumbrated in the following sentences from a well-respected human rights institution. It is often during armed conflicts that human rights are infringed upon the most. Therefore, over the years, experts have focused much attention on the formulation of instruments aimed at alleviating human suffering during war and conflict.

“Today, three areas of modern international law attempt to provide protection to victims of war: human rights law, refugee law and humanitarian law. While these fields are closely linked, they need to be distinguished systematically. Refugee law has been discussed in Part IV. This chapter focuses on international humanitarian law, which differs from human rights law in that it concentrates on specified conflict-related acts and does not give rise to individual claims,” he said.

One Killed, As Hoodlums Raze Fulani Settlement In Ogun