Senegal: the government of President Macky Sall dismisses the Fulbé marabouts from the national dialogue. 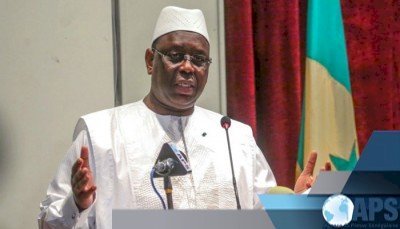 The President of the Republic, Mr. Macky Sall had announced a national dialogue from May 28, 2019 and consultations on matters of national interest involving power, political actors and civil society. This consultation was launched following the reproaches of the opposition to the head of state, for not talking enough with him. The exact content of the consultations has not been specified and the opposition parties have not yet been notified of the content of the upcoming exchanges, said one of the country’s main opposition parties. We recently published the list of participants which I must admit makes me bitter and sad. Are all the layers of Senegalese society there? what are the expected results at this national meeting?

Senegal is an unbalanced country with many problems of under-representation of certain ethnic groups in public services. In reality, only one language from a single community has been favored since colonial times. This system based on the Ethnicization of the country continued with the 4 presidents that Senegal knew. Former President Abdoulaye Wade spoke Wolof everywhere and nowhere. There has been little improvement in the communication from current authorities in terms of language breakthroughs for other groups in the country. Several high personalities still speak this local language, pampered by the settlers, linguistically discriminating against other communities. It seems that the government authorities only speak French and Wolof and that they have no right to communicate in other languages. Nothing has changed practically and the much-awaited improvements are not yet there. The situation has even deteriorated for the other groups.

What can we say about the choice of our spiritual leaders for this national dialogue? The very honorable and respectable Marabout families fulbated in the country who have as last names Aidara, Ba, Balde, Barro, Diallo, Dia, Ka, N’diaye, Sow, Tall etc… are not on the list of participants of this conference in terms of religious and customary leaders. The government preferred other stakes, leaving room for a lot of questions and speculation. Many people do not like this choice where our religious leaders are automatically dismissed. Yet it was the fulbés who brought Islam to Senegal, according to several concordant sources. Our dignitaries should not be silent and we are invited to denounce this unjust choice where they are not invited although they are full citizens of this country. They have to take their places to sit and speak on behalf of their community. As a result, they will be able to exchange with their compatriots from various groups to find tips for solving the many problems that bother the Senegalese.

At the level of livestock organizations, it is the controversial Ismael Sow who appears there as part of the members of this national conversation. The latter had preferred to address himself in Wolof, to the breeders of Senegal whose fulbés constitute the overwhelming majority, recently in Kael in Baol. He is perceived as being among the personalities who have unfortunately turned their backs on their community. Many observers think he is there, except for the interests of those he represents, that is, the breeders. We did not hear him apologize for the mistake he made in Kael Samba N’doungou woura Penda madame Youmbel. Therefore, we must remove it and give its place to someone else closer to the world of breeding, communicating better and adequately with its members, in their language and appropriately.

The government must call on the marabouts of the majority fulbés in the country, as it did for those of other groups during this interactivity. In addition, there are 88 participants, a small part of whom are Fulbés. It is also a flaw to be corrected and the decision-makers must increase this tiny and ridiculous quota which makes us half-citizens

The competent authorities are specially asked to put an end to the very low presence and / or exclusion of the Pulaar or Fulfulde language in public services such as Air Senegal, RTS, SENELEC, etc. Reading for all commonly called LPT and with which we literate the Fulbés children in Wolof is a catastrophe, a cataclysm, a disaster and a curse for the identity of the FULBES. It is horror and it is unacceptable, we lack words to describe this ultra insulting situation! Its current form must be reviewed and corrected in order to allow all children in the country to begin their first learning in their mother tongues. And that’s all !