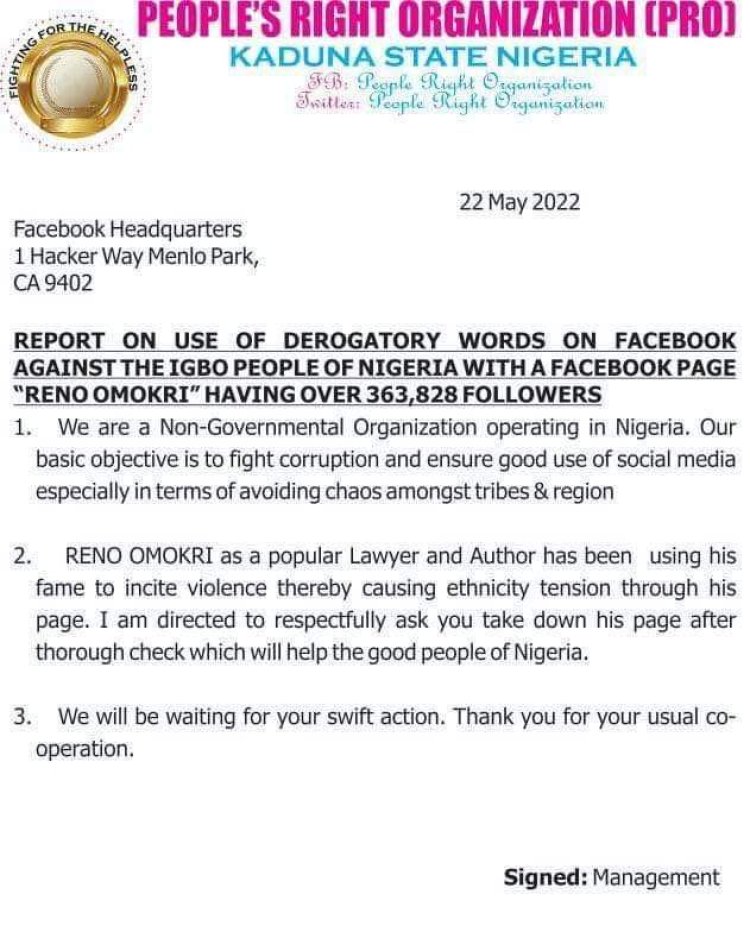 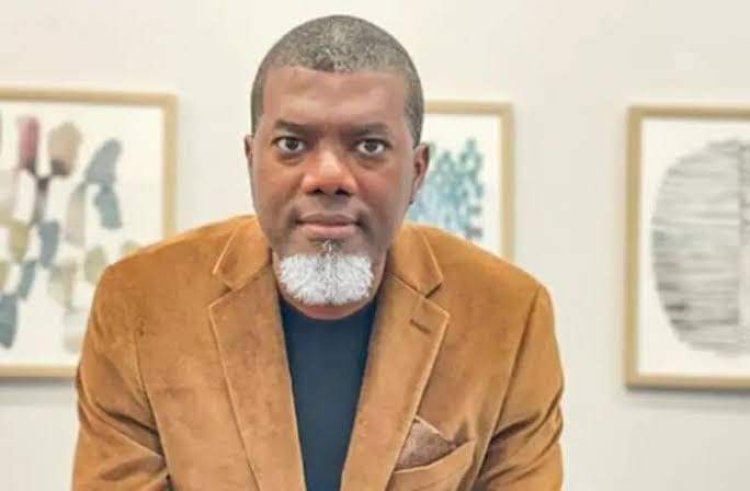 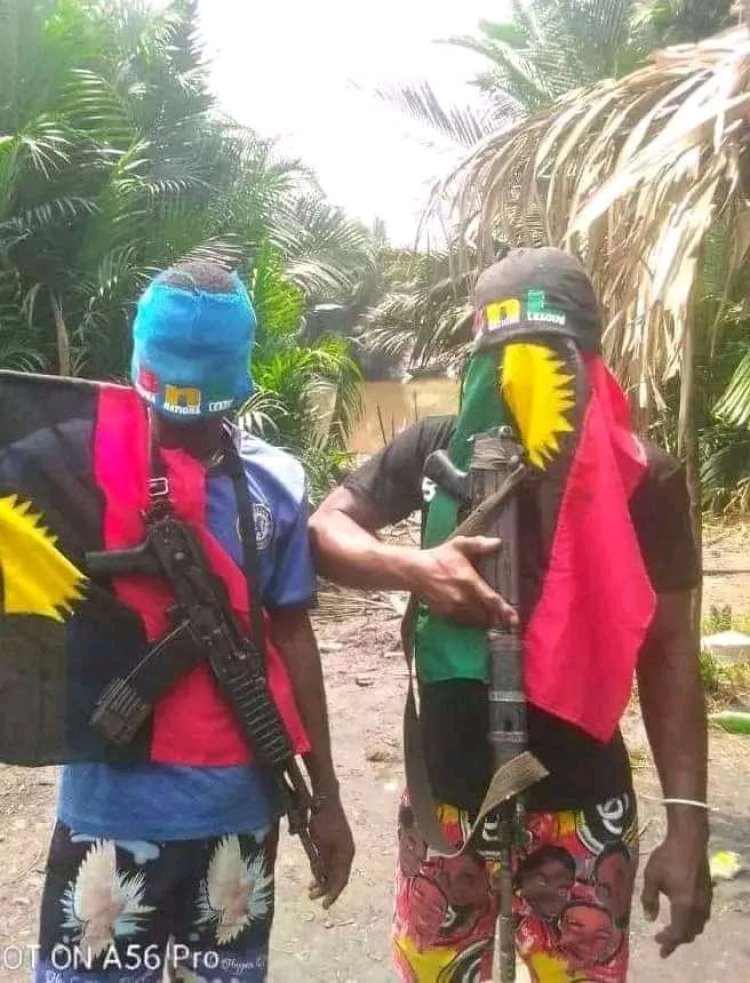 Reno Omokri's facebook account has been  under attack by igbo, so standing against Igbo attrocitie and terrorism in the South East, especially the killings of a pregnant woman and her 4 children in Anambra state, this is the main reason that pushed igbo to write a letter to facebook calling for the shut-down of Reno omokri's just for standing against the terrorism of the IPOB of igbo extration.

Pls if educated southerners can condemn their own brother for standing against the attrocities of IPOB terrorists, then what is the importance of the education on them??

what is the future of igbo as they indulge in pure extreme ethnic bigotry?

Biafran war is 50 years old, but the hatred is still in the hearts of igbo.

what  would the media say if the northerners stand with B0k0 haram and bandits?

we should be fair for once