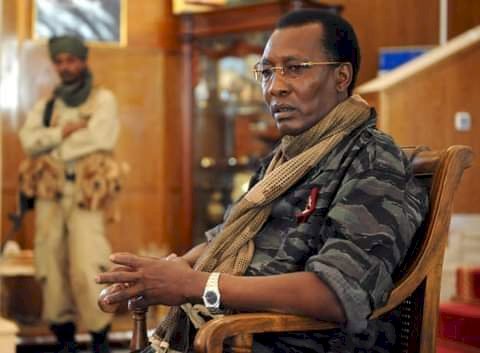 President Muhammadu Buhari has expressed sadness over "the sudden and tragic death of President Idriss Deby of Chad on the front line, fighting against rebel soldiers."

Reacting to the incident on Tuesday, President Buhari said: "I'm deeply shocked and devastated by the sudden death of Idriss Deby on the battle front to defend the sovereignty of his country."

According to the President, "the late Deby had played a very active role in our regional joint collaboration in the military campaign against the Boko Haram terrorists."

President Buhari described the late Chadian leader "as a friend of Nigeria who had enthusiastically lent his hand in our efforts to defeat the murderous Boko Haram terrorists that have posed grave security challenges not only for Nigeria, but also our African neighbours, particularly Chad, Cameroon and Niger Republic."

He added that "the death of Deby will surely create a big vacuum in the efforts to jointly confront the Boko Haram terrorists and the Islamic State West Africa Province."

While condoling with the people of Chad and their new leader, President Buhari called for greater collaboration to defeat the terrorists.

Video: we are one people don’t associate every crime to Fulani’s-Ahmed Barry