Britain said farewell to Queen Elizabeth II on Monday at a state funeral attended by world leaders, before a historic last ceremonial journey through the streets of London packed with sorrowful mourners.

Huge crowds gathered in near silence to watch as the queen’s flag-draped coffin, topped with the Imperial State Crown, her orb and sceptre, was carried slowly to a gun carriage from parliament’s Westminster Hall where it had lain in state since Wednesday.

Below are some selected pictures of her funeral: 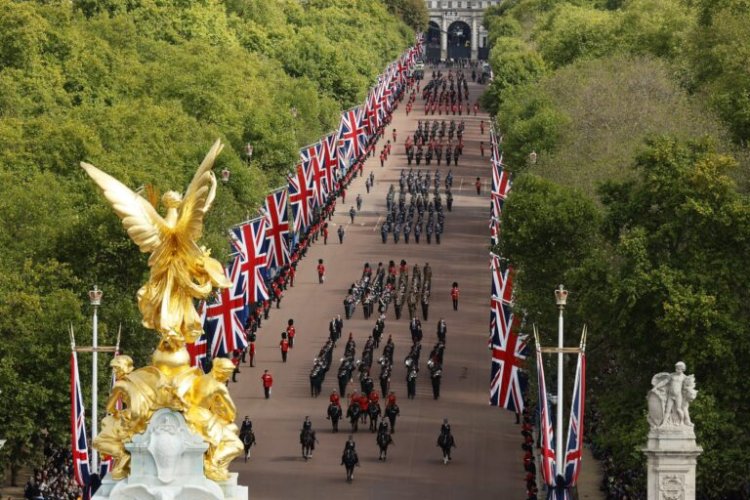 Marching bands make their way down The Mall in London on September 19, 2022, after the State Funeral Service for Britain’s Queen Elizabeth II. (Photo by Chip Somodevilla / POOL / AFP)

IN PICS: PMB Visit To Sultan Palace In Sokoto