One Killed, Many Injured As Police, Shiites Clash In Kaduna

One person has been confirmed dead and many others injured after members of the proscribed Islamic Movement in Nigeria (IMN), popularly known as Shi’ites,... 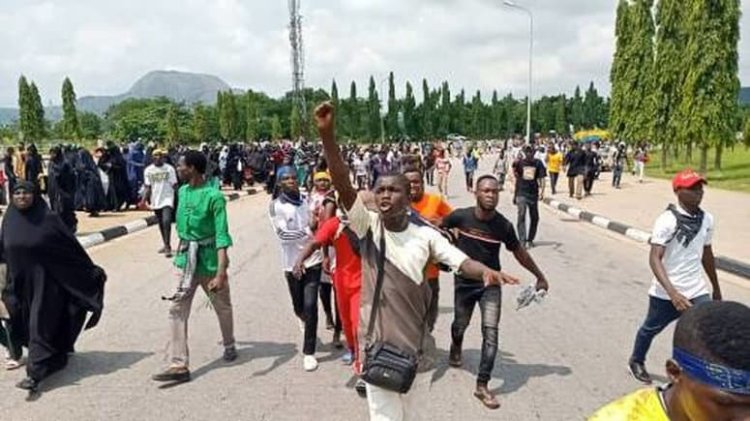 One person has been confirmed dead and many others injured after members of the proscribed Islamic Movement in Nigeria (IMN), popularly known as Shi’ites, clashed with security agents in Kaduna.

Daily Trust reports that the incident occurred while the Shi’ites were on a procession to mark the annual Quds day; usually marked with a procession on the last Friday of Ramadan to protest against Israeli occupation of Palestine.

Security agents who were stationed along major roads in Kaduna and Zaria had tried to disperse members of the group but the situation had turned violent.

Eyewitnesses claimed security agents had used teargas and live ammunition at the protesters while some Shi’ites had set ablaze several vehicles in Zaria.

The IMN Amir in Kaduna, Aliyu Umar told Daily Trust that the annual Quds day is a global event and commemorated even in western countries and wondered why they are frequently haunted by security agents when marking the day.

Narrating the incident, he said the procession was peaceful and had tried to avoid the police who were already stationed in strategic position to block. “But they trailed from behind and used teargas and live bullets on our members. One person was shot dead, we have just held the Janazah prayers and nine sustained bullet wounds,” he said.

The Amir also said the police had arrested about eight members of the group and denied allegations that a police station had been burnt and that the Shi’ites had set ablaze vehicles.

However, Kaduna State Police Command did not respond to inquiries on what transpired with the Shi’ites but a senior police officer who asked to be anonymous told our correspondent that members of the proscribed sect had embarked on an unlawful procession and disturbances of public and disobedience to lawful order.

He added that in an attempt to counter “their expected disobedience,” the police had employed the use of minimal force while the action of the Shi’ites had resulted to damage of public and private property. “We arrested 14 members of the proscribed group and the Commissioner of Police, YekiniAdio Ayoku has directed that the suspects be investigated and charged to court,” he said.

Editor’s note: This picture was used for illustration

I’m Not In Presidential Race To Step Down For Anybody, Says Dele Momodu