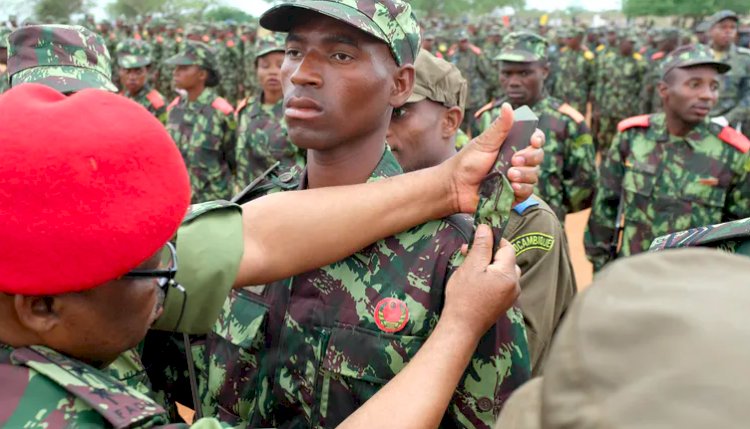 The Mozambican military has proven to be inept at stopping atrocities by extremist insurgents in the Cabo Delgado province. EPA-EFE/Antonio Silva

Mozambique, which is a natural gas rich country has over the past three years faced threating activities of insurgents with focus on the northern Mozambican province of Cabo Delgado.

The timing of the emergence of insurgency following the discovery of one of the world’s biggest natural gas finds raises a lot of questions.

Numerous mechanisms by the Government, including full flare military solutions failed to resolve the situation as the group’s activities in the region keeps heightening claiming innocent lives, property and also issuing threats to the massive gas project.

In this vein, Nigeria is offering to help its counterpart in fighting these local terrorist group believed to have links with international Islamic State.  Nigeria’s Minister of Foreign Affairs, Geoffrey Onyeama, made this offer after a meeting with Mozambican Prime Minister Carlos Agostinho do Rosário.

According to the BBC, the Nigerian foreign Minister visited Mozambique over the weekend and met with country’s Prime Minister. The Minister said that Nigeria has gathered experience in the fight against terrorism over the years and could offer support to Mozambique. However, Global Terrorism Index 2020 earmarked Nigeria as one of the countries most affected by the activities of terrorist groups with Boko Haram being the lead insurgent group causing damage in the West African country.

The Nigerian government is equally in the same set when it comes to the fight against terrorism; attempts to stop Boko Haram and deal with consistent insecurity in the country has not yielded any complete result as they are still operating.

Can Nigeria really help Mozambique in this fight, considering the high rates of terrorism in its own backyard?

Well, considering the news making headlines within the week that that so-called...

When the educated ones fail to educate the illiterates .