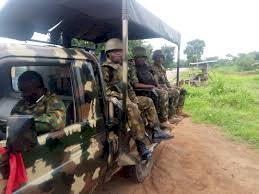 Kaduna State government yesterday said Operation Safe Haven, OPSH, the military unit deployed by the Defence Headquarters to tackle security challenges in Plateau, Bauchi and parts of Kaduna State found no bandits on Zangang Hill during its operation in the area.

In a statement issued by the commissioner for Internal Security and Home Affairs, Samuel Aruwan, the state government explained that troops did not encounter any group of armed bandits throughout the extensive fighting patrols.

The statement said that few days ago, some groups in Kaura local government alleged, in a widely publicised press statement, the presence of over 600 armed bandits at Zangang Hills.

Meanwhile, the federal government has reassured Nigerlites and all Nigerians of its total commitment to the fight against banditry and other forms of crime in the country.

The minister of State for Foreign Affairs, Ambassador Zubairu Dada made this known while speaking with newsmen in Minna, the Niger State capital.

In a statement, signed by his SA media, Ibrahim Aliyu, Dada expressed regret on the increased activities of bandits in some states across the country including Niger State saying that measures would be intensified in curbing the menace.

To this end, he said the President has met with the Service Chiefs and other relevant stakeholders to find a lasting solution to the problem.