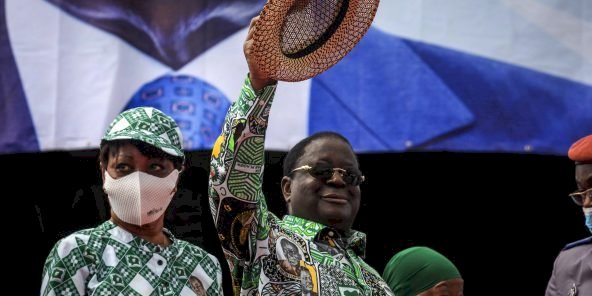 While the presidential results are expected in the coming hours in Côte d'Ivoire, the opposition announces the creation of a "National Transitional Council" and the forthcoming formation of a "transitional government".

While Côte d'Ivoire is suspended from the publication of the results of the presidential election, expected in the coming hours, the opposition coalition announced in the evening the creation of a "National Transitional Council",  led by former president Henri Konan Bédié, boss of the Democratic Party of Côte d'Ivoire (PDCI).

She details the objectives in a press release: "prepare the framework for the organization of the fair, transparent and inclusive presidential election", "set up, in the coming hours, a transitional government" and "convene the national meetings.  for national reconciliation with a view to the return to a definitive peace in Côte d'Ivoire ”.

" Civil disobedience "
The opposition concludes by calling on Ivorians "to express their joy through popular demonstrations" and maintains its slogan of "civil disobedience".

The day before, she had denounced through the voice of her spokesperson, Pascal Affi N’Guessan, "a sham election" and pleaded for the opening of a civil transition.

From the end of September, Pascal Affi N'Guessan and Henri Konan Bédié, whose candidatures had been validated by the Constitutional Council, had called for an “active boycott” of the electoral process, deeming the candidacy of Alassane Ouattara to be illegal.  a third term.  They then asked their supporters to "refrain from participating both in the distribution of electoral cards and in the electoral campaign" and "to prevent the holding of any operation linked to the poll".

The only candidate to have actually campaigned against Alassane Ouattara is Kouadio Konan Bertin, said KKB, a PDCI dissident who ran as an independent.

Saturday, the first round of the presidential election was marked by incidents in several localities of the country.