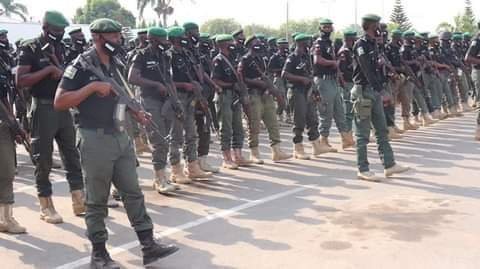 Following the rising cases of abduction in the Federal Capital Territory, the Inspector-General of Police, Mohammed Adamu, has deployed 150 operatives, including riot policemen and Special Forces in Abuja.

The personnel will beef up security in the nation’s capital, which has been under the onslaught of kidnappers in the past few weeks.

Disclosing this at a press conference in Abuja on Wednesday, the FCT Commissioner of Police, Bala Ciroma, explained that the deployment would strengthen security, dismantle and dislodge all criminal hideouts, especially kidnappers’ camps within the FCT.

He stated, “It will be recalled that two days ago, the Inspector-General of Police, Mohammed Adamu, launched a strategic operation, Operation Puff Adder II), involving the deployment of human and operational assets to address emerging security challenges and rid the country of criminal elements.

“Consequently, the Inspector-General of Police has graciously deployed 150 personnel consisting of operatives of the Police Mobile Force, Counter-Terrorism Unit and Special Forces in the Federal Capital Territory to reinforce the ongoing counter kidnapping operations.

“The deployment will strengthen security, and dismantle and dislodge all criminal hideouts, especially kidnappers’ camps within the FCT.”

Ciroma further said the command would use the operation to foster community policing and collaboration with other security agencies.

“Hence, I charge all personnel deployed in the FCT to be professional, firm, dedicated, civil with law-abiding citizens and ruthless on all criminal elements,” the CP admonished.

Meanwhile, the FCT Administration has vowed to confront the menace of scavengers, cultism and drug abuse as part of its strategies to ensure the security of lives and property in the territory.

This was disclosed by the FCT Minister, Malam Muhammad Bello, during the FCT Security Committee meeting held on Tuesday.

According to the minister, the scavengers, who often operate under the influence of hard drugs, perpetrate a lot of criminal activities within the territory, “which will not be tolerated.”

“Each time there is a crisis, you find that people of no known address and people without any means of livelihood suddenly come up with arms and start fighting each other and killing each other. All these are done under the influence of drugs and this is something that we are going to confront head-on,” he said.

The scavengers, Bello revealed, had hitherto concentrated their criminal activities on vandalising public utilities, but had now become major threats to lives and property, reiterating that their activities remained banned in the FCT.

Tofa, Others Caution Against Profiling Fulani, Hausa As Criminals