‘I came to lend my support to President Barrow’: OIC chief tells reporters he is in Gambia to support Gambia in hosting OIC summit 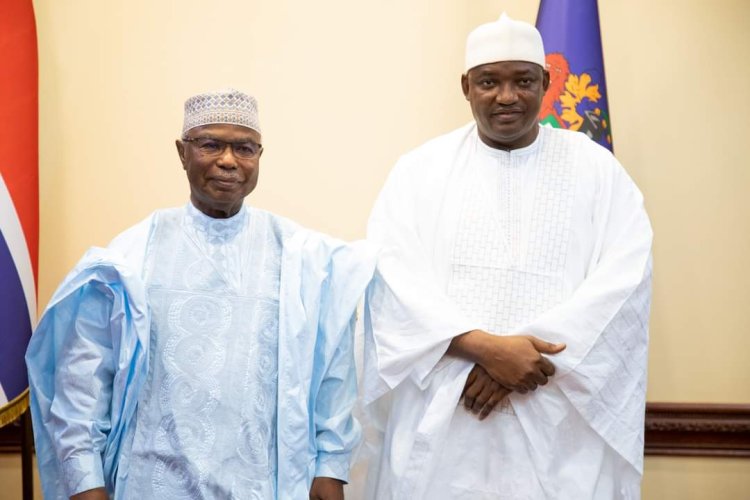 The visiting Secretary-General of the Organization of Islamic Cooperation, His Excellency Hissein Brahim Taha declared on Friday that the entire membership of the Islamic Ummah is united in supporting The Gambia as it prepares to host the next OIC Heads of State Summit.

‘’I came to lend my support and that of the Organisation to President Barrow. It is obvious that all the members are supporting Gambia’s candidature to host the Summit’’, emphasized Secretary-General Taha as he expressed delight with the warm hospitality he received.

The Secretary-General made these remarks to the waiting State House press corps following a closed-door discussion with His Excellency, President Adama Barrow at the State House in Banjul.

In his welcoming remarks, President Barrow thanked the Secretary-General for the visit and urged him to feel at home. As he reiterates The Gambia’s commitment to hosting the high-level gathering, he highlighted the range of ongoing preparatory efforts to deliver a successful event.

President Barrow added that The Gambia cherishes the honour of hosting global Islamic leaders on behalf of Africa.

The visit of the Secretary-General will be followed by a technical review to determine a suitable date for the Summit in The Gambia.

The above story is a press release by the OICGambia secretariat.

BREAKING: Supreme Court Approves Use Of Hijab In Lagos Schools