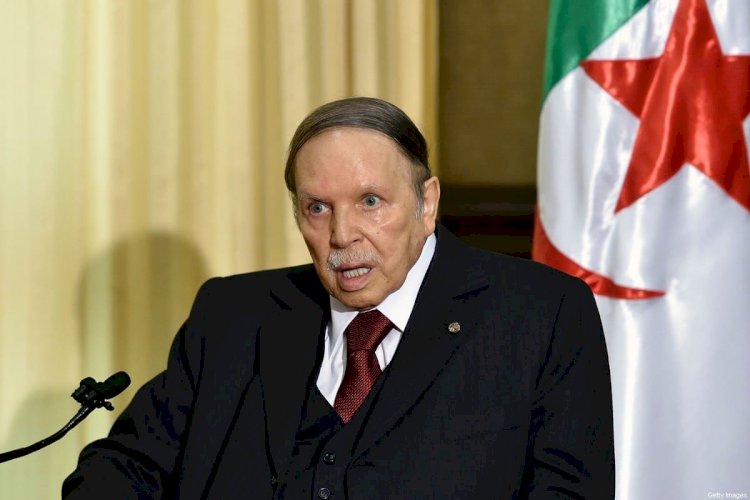 ALGIERS, Sept 17 (Reuters) - Former Algerian President Abdelaziz Bouteflika has died at 84, the presidency said on Friday, more than two years after he stepped down under pressure from mass protests and the army.

Bouteflika, a veteran of Algeria's war for independence, had ruled the North African country for two decades before his resignation in April 2019 after street demonstrations rejecting his plan to seek a fifth term.

He had rarely been seen in public before his departure since a stroke in 2013.

After Bouteflika's resignation, in a bid to end the protests demanding political and economic reforms, authorities launched unprecedented investigations into corruption, leading to the imprisonment of several senior officials, including Bouteflika's powerful brother and advisor, Said. Said has been jailed for 15 years on charges including plotting against the state.

After Algeria's independence from France in 1962, former president Bouteflika became Algeria's first foreign minister and an influential figure in the Non-Aligned Movement that gave a global voice to Africa, Asia and Latin America.

As a president of the U.N. General Assembly, Bouteflika invited former Palestinian leader Yasser Arafat to address the body in 1974, a historic step toward international recognition of the Palestinian cause.

He also demanded that China be given a seat in the United Nations, and railed against apartheid rule in South Africa.

He championed post-colonial states, challenged what he saw as the hegemony of the United States and helped his country into a seed-bed of 1960s idealism. 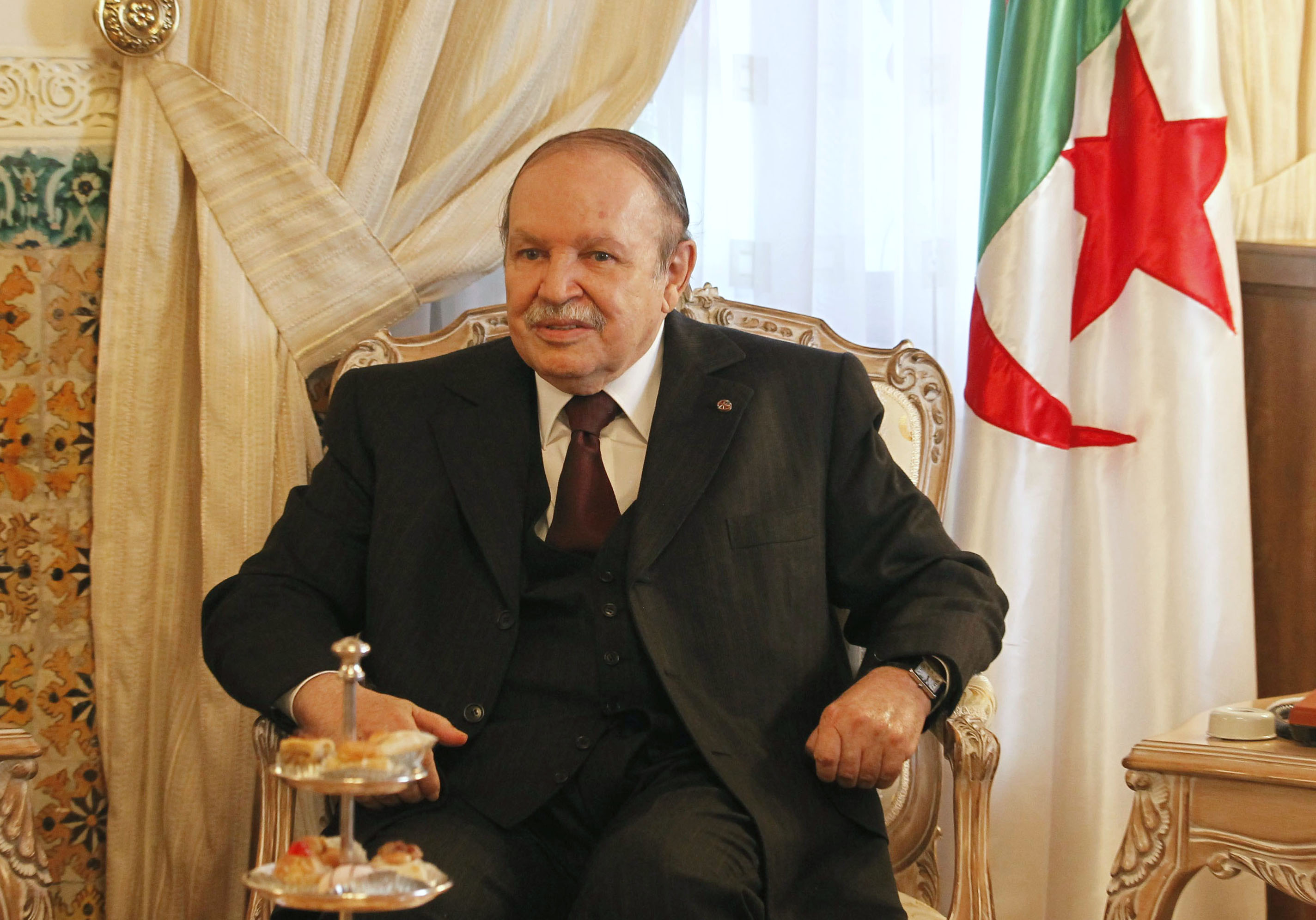 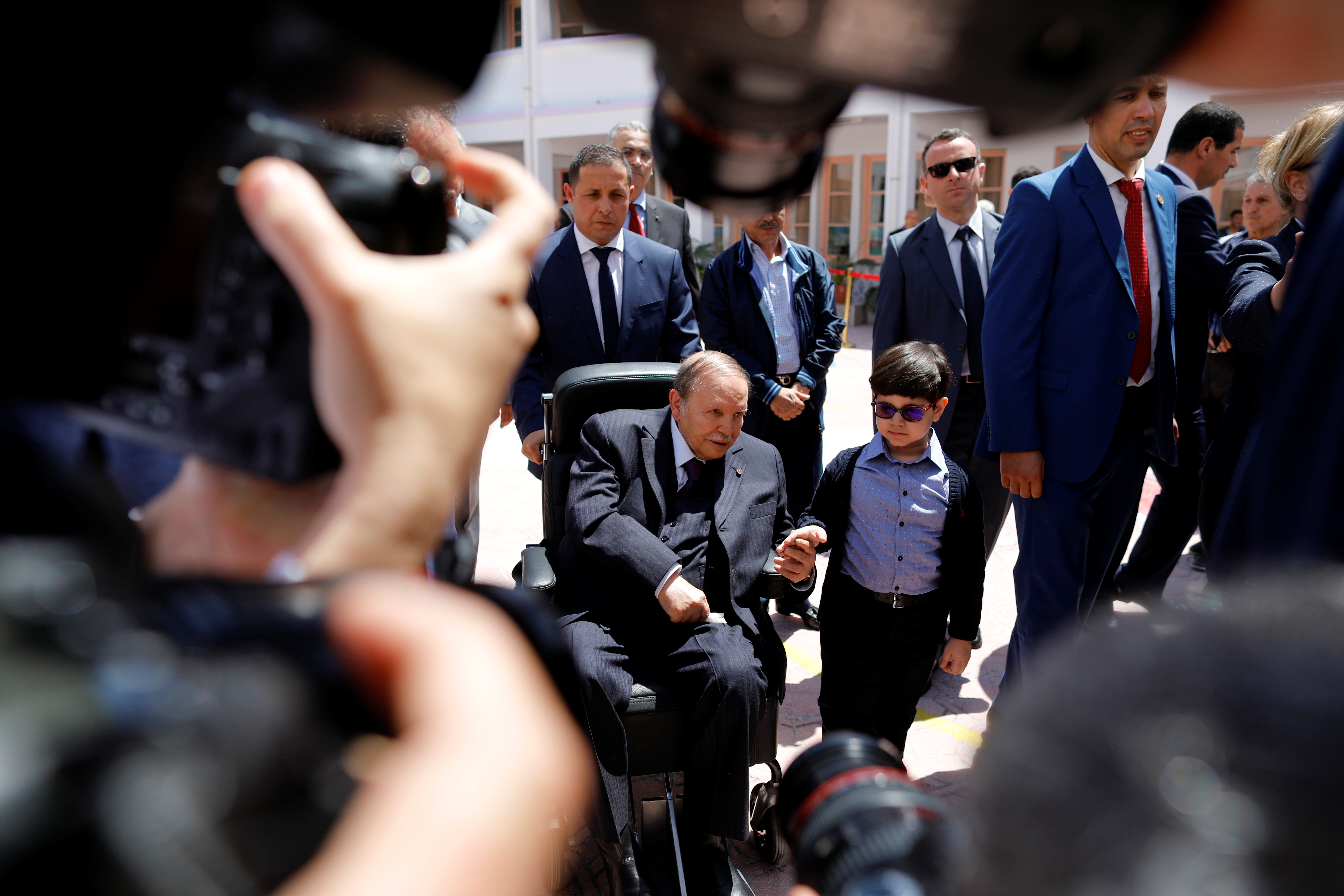 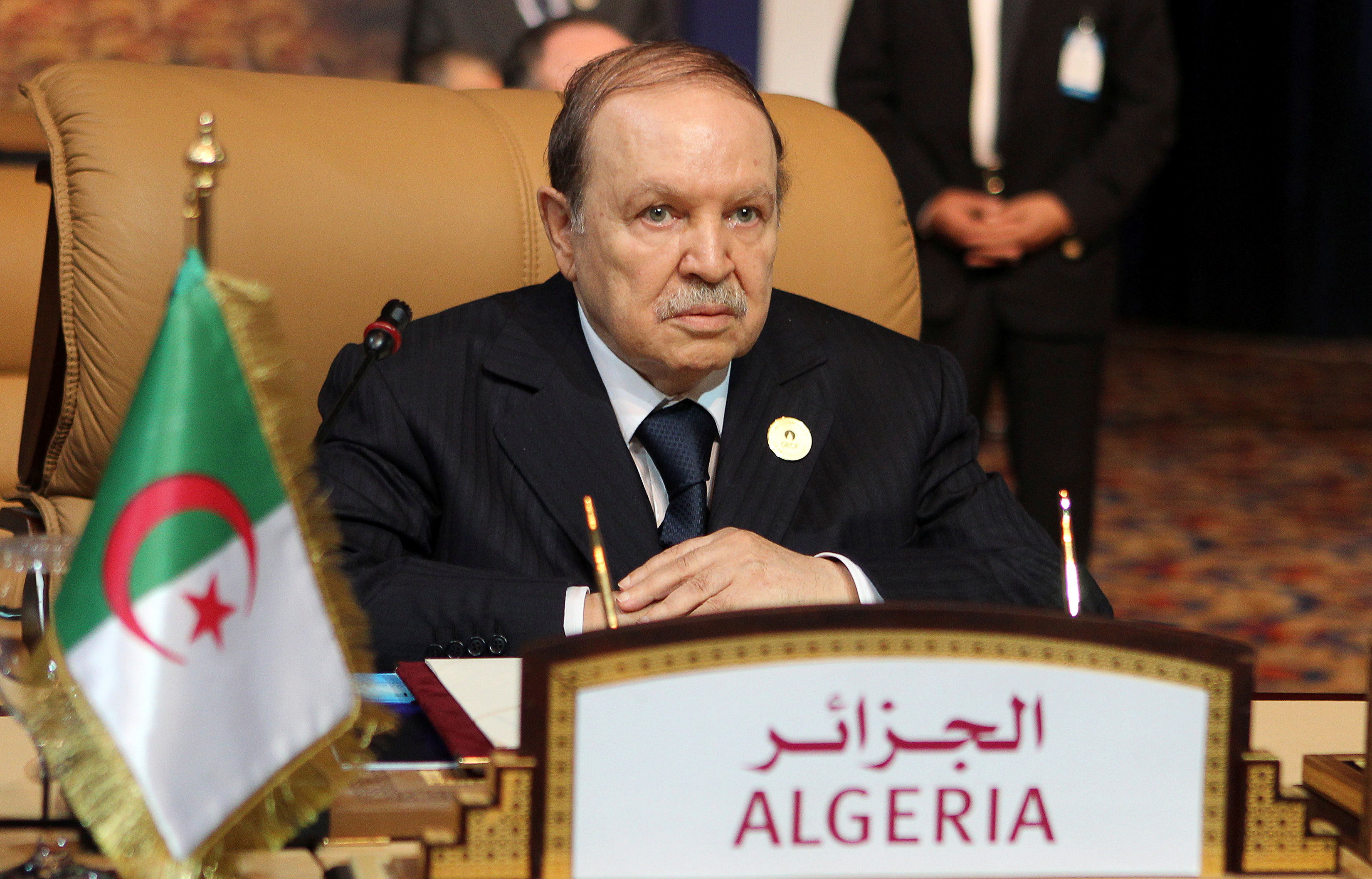 Algeria's President Abdelaziz Bouteflika (seated) is pictured after casting his ballot during the parliamentary election in Algiers, Algeria May 4, 2017. REUTERS/Zohra Bensemra

He also welcomed Che Guevara, and a young Nelson Mandela got his first training in Algeria. Black Panther Eldridge Cleaver, on the run from U.S. police, was given refuge.

In the early 1980s, Bouteflika went into exile after the death of ex-President Houari Boumediene and settled in Dubai, where he became an adviser to a member of the emirate's ruling family.

He returned home in the 1990s when Algeria was being ravaged with a war between the army and armed Islamist militants that killed at least 200,000 people.

Elected president in 1999, he managed to negotiate a truce with Islamists and launched a national reconciliation process allowing the country to restore peace.

Bouteflika joined the independence war against France at the age of 19 as a protege of commander Boumediene, who became president in 1965.

After independence, Bouteflika became minister of youth and tourism at the age of 25. The following year he was made foreign minister.

Little is known about his private life, official records mention no wife, though some accounts say a marriage took place in 1990. For years Bouteflika lived with his mother, Mansouriah, in an apartment in Algiers, where she used to prepare his meals.

Bouteflika had used oil and gas revenues to soothe internal discontent, and the state he ruled became more peaceful and prosperous, allowing it to sidestep, for a while, the "Arab Spring" unrest that toppled leaders across the region in 2011.

But corruption flourished and Algerians grew increasingly angry at the political and economic torpor, fuelling the mass protests that finally brought Bouteflika's presidency to an end.