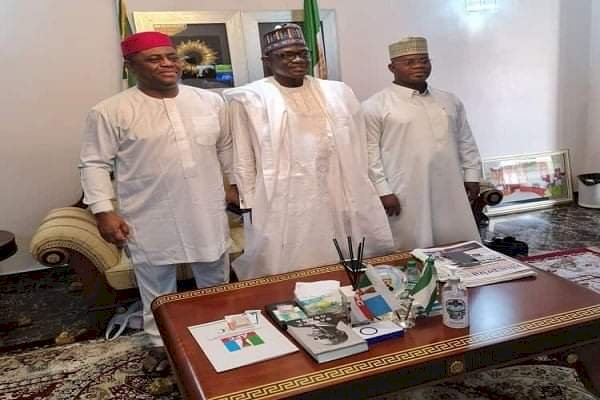 Strong indications have emerged that a former Minister of Aviation, Chief Femi Fani-Kayode will soon dump the People’s Democratic Party (PDP) and return to the ruling All Progressives Congress (APC).

It was hinted that the former minister was consulting various stakeholders in the APC to prepare grounds for his proper defection.

Reliable sources at the APC National Secretariat, confided in our correspondent that Fani-Kayode met with Kogi State Governor, Yahaya Bello, earlier on Monday, to fine-tune his defection plans.

Daily Trust also learnt that his meeting with Governor Bello, paved way for another meeting between him and the Governor Mai Mala Buni-led Caretaker/Extraordinary Convention Planning Committee which was held at Buni’s residence on Monday evening, in Abuja.

The former minister, however, did not pick his call or replied to a text message sent to his phone by our correspondent for comments at the time of filing this report.

Fani-Kayode left the APC for the PDP about six years ago, and has been a consistent critic of the APC led government.