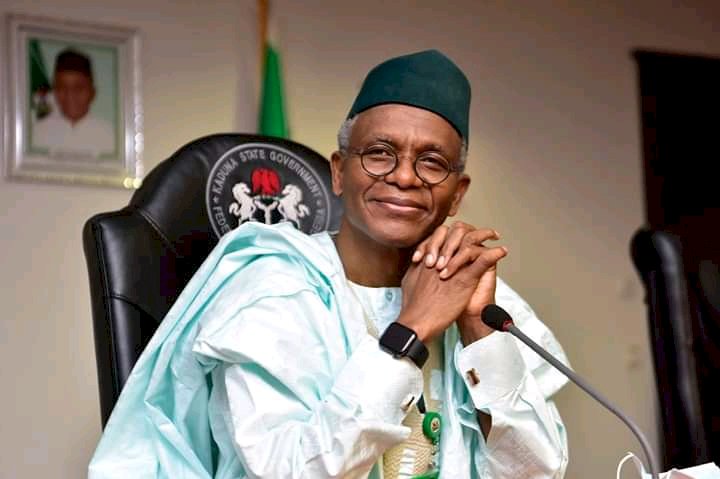 In The British in Northern Nigeria, Robert Heussler, found Sharwood Smith and John Hinton Carrow as the most effective D.Os that Northern Nigeria ever had. He spent pages describing their personalities and the modernizing effort in Zaria, Kano, Argungu and Sokoto. For they were highly effective and ruthless in getting things done rightly.

Like Elrufa’i, Heussler described Sharwood Smith as “the compact Yorkshireman … gives the impression of having to control a superabundance of energy”. Shortly after, he described him as a “participant who is totally committed to the task… Seeing him pacing back and forth as he talked and almost never sitting down, the Africans dubbed him ‘Mai Wandon Karfe’, the man in iron trousers. Even as a junior officer, Sharwood Smith was not a man of whom it was possible to be unaware.”

Elrufa’i also shares Smith’s passion for development and modernization. In Argungu, Heussler reported that “Communications with Gwandu and Sokoto had become better. D.O.s passion for road building had reduced parochialism in rural areas as well… [He] lined the old town with trees…a new market appeared and a new residence for the Emir.” Think of what is going on in Kaduna today. A Smithian governor is in town.

But Sharwood Smith, like Elrufa’i, was always strategic, making the best of the situation without taking his eyes off the ball. “Sharwood Smiths handling of Argungu”, wrote Heussler, “was a mixture of toughness and common sense.” As a D.O. he worked hard to gain the Emir’s confidence until he was able to carry out a “clean up” that saw a number of corrupt and inefficient Native Authority officials dismissed. But in the case of a slave who held the title of Majidadi, Heussler said, “although he had a bad record, he was young and able and the N.A. could not afford to be cavalier with anyone who had talent. The man was warned and put on probation. Slowly the D.O. worked downwards from the top of the N.A., encouraging the capable and the straight, dealing quickly and firmly with others. When he handed over to his successor in 1932 Sharwood Smith was able to report improvement in the atmosphere at emirate headquarters.” No wonder, typical of his type, Elrufa’i does not have patience for incompetent and inefficient officials, hence his sacking of many teachers and officials of state and local governments to the disapproval of less firm people like me.

Another similarity to Elrufa’í manifested in Heussler’s summary on Sharwood Smith. He said, “Sharwood Smith’s devotion to progress also drew fire from critics, some of whom thought him indifferent to tradition. As to the selection of N.A. officials, it was said that if he had to choose between an honest plodder and a hard-driving, efficient cad he would instinctively support the claims of the latter.”

Now my reader has a clear picture of the personality and approach of Sharwood Smith. He was posted to Zaria in 1932. Of course, his personality dominated the N.A. administration well over that of his superior, the Resident. By the time Emir Kwasau died four years later in 1936, it was obvious that the de facto resident, Sharwood Smith, was “ready with an emergency plan…”

Returning to Zaria from Kachia, narrated Heussler, “Sharwood Smith got the traditional electors together in his own house before taking them to the Residency. The names of four candidates for the vacant Emirate were listed…Sharwood Smith had already made up his own mind which candidate suited the needs of the moment… He explained that there were four criteria: the new Emir must be of royal birth; he must be acceptable to the people; he must be acceptable to the Government; and ‘he must have the ability to do what had become a very difficult job, requiring much administrative experience.”

Of interest to this discussion is how Jafaru gained the approval of Sharwood Smith. The contest was reduced to two people. Dan Madami, the son of the late Emir, and Jafaru, a grandson of an Emir, who was sent away in faraway Zangon Kataf as District Head by the former Emir who foresaw the threat his popularity could cause to the ambition of his son.

There was no doubt,” wrote Heussler, “that the old Emir and some of his closest advisers would have preferred one of his own sons, a district head who had the title Dan Madami. But Sharwood Smith thought this man, though amiable, somewhat colourless and lacking in the necessary drive. Dan Madami was said to have spent a good deal of money to assure his own election.”

However, it was Jafaru, among all the contenders that gained the appreciation of Sharwood Smith due to his ability and integrity, though his father was not an Emir as tradition for eligibility to become one would demand then. Heussler once again:

“The D.O. noticed Ja’afaru’s popularity too and knew that it was based on his ability and integrity. Of the four major candidates only Ja’afaru had had the experience of working closely with the British as an office mallam. He used a typewriter and kept his own district accounts, practices that were almost unique among district heads of the time. And only Ja’afaru satisfied the administration’s four criteria. Although Kaduna fussed as usual about dynastic considerations, it was Ja’afaru who was introduced as the new Emir to a great crowd outside the Emir’s residence.”

El-Rufai and the New Emir

Our present day Sharwood Smith must be facing a similar situation in Zaria. There must be many prominent people seeking the coveted seat and may throw in all they have of influence, connection and wealth. They will use whatever argument they can put forward to disqualify a less materially endowed candidate but who may best meet the expectation of our modern day Sharwood Smith.

I have no doubt that Elrufa’i will be looking for a partner-Emir that will meet the challenges of the information age, where both opportunities and problems are globalized. If Sharwood Smith was attracted to Jafaru’s ability to use “a typewriter and kept his own district accounts, practices that were almost unique among district heads of the time”, Elrufa’i for sure will not fail to correlate the typewriter to ICT today and will not fail to prefer the most competent candidate even if he would be relatively younger and a bit distant in genealogy, like Jafaru, or a Jafari, someone whom he can proudly present as the Emir of the 21st Century.

When the last Emir of Bauchi, Suleiman Adamu, died, the then Governor stipulated the simple condition that the next Emir must be a graduate. That is how the present Emir, the young Rilwanu Suleiman Adamu, who was not among the key contenders, emerged. The barometer for Zaria, being a centre of learning, must be of higher calibration, just as is its Governor.

Elrufa’i, like Sharwood Smith is cerebral, shrewd and calculating. His penchant for modernity and efficiency cannot be surpassed. His impatience with the past and tradition is legend, like the temper of Carrow. If he is able to discipline his mind at this crucial moment and follow his instincts, he will no doubt be proud of the choice that his judgement will present to the world today, as Sharwood Smith was of Jafaru. It was refreshing to note that Jafaru emerged among the best three Emirs on Heussler’s scale—the other two being Emirs Yahaya of Gwandu and Abdullahi of Yauri.

By coincidence, Zazzau has lost its Emir and the occupant of Kashim Ibrahim House from where Sharwood Smith retired as Governor of Northern Nigeria in 1957 is luckily another Mai-wandon-karfe. The leadership choice he will make for his hometown of Zaria will echo the type made by his legendary distant predecessor.

May God be his guide.

The Origin of Pulaaku Clans: A Translation of a Part of...

Breaking news: The 8th anniversary of the  Fulbe Africa...