El-Rufai: We’ll Not Negotiate With Bandits, Clergymen Can Do So 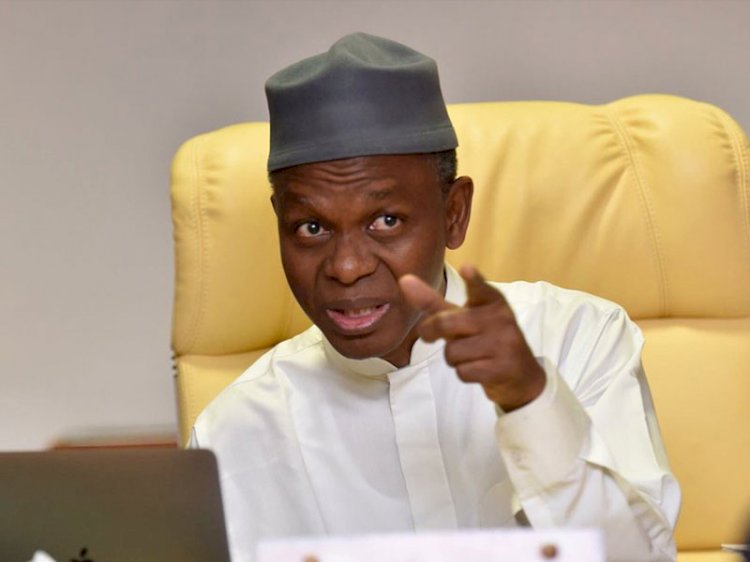 …Says clerics and clergymen can ask them to repent

Again, Governor Nasir El Rufai of Kaduna state has reiterated his administration’s stance not to negotiate with bandits.

He said that his job as governor is to enforce the law and help to prosecute people who commit offences.

El Rufai restated his government’s position during an expanded meeting of the State Security Council which held at the Council Chambers of Sir Kashim Ibrahim House on Tuesday.

“We will not engage with bandits or kidnappers. Private citizens like clerics and clergymen can do so in their individual capacities, to preach to them and ask them to repent. We also want them to repent but it is not our job to ask them to do so,’’ he said.

According to him, the best way to solve the farmer-herder clashes, cattle rustling and banditry is for nomadic herdsmen to live more sedentary lives in order for them to be more productive and give their children education and access to better healthcare.

The governor argued that nomadic or transhumance cattle breeding has been rendered obsolete by urbanization and population growth as most of the cattle routes have been taken over by development.

El-Rufai said that Kaduna State Government is implementing a big ranching project in Damau Grazing Reserve in Kubau local government, adding that the project will make about 1,500 herdsmen sedentary.

He further emphasized that the project will enable the herders to raise their cattle in a facility with pastures, a school and a Primary Health Centre, with a commercial partner ready to buy their milk.

The governor commended the security agents for all their efforts to keep Kaduna state residents safe, in spite of the challenges that they are facing.

El Rufai also called for decentralization of the police force, maintaining that Nigeria is the only federation that operates a unitary police force that is funded by but not controlled by state governments.