Amnesty International: Aminu Must Be Released And The Bogus Charges Against Him Dropped 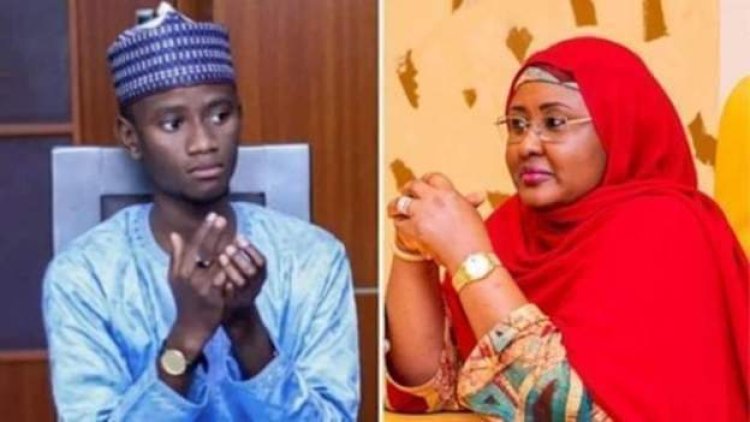 The Amnesty International Nigeria has called on the Nigerian authorities to urgently release Aminu Adamu Muhammed and drop all charges against him.

Mr Muhammed is a student accused of defaming Aisha Buhari, the First Lady of Nigeria, on Twitter, following reports that he has allegedly been subjected to torture and other ill-treatment, including severe beatings, since being detained.

According to a police report, Aminu Adamu Muhammed was arrested at Federal University Dutse on 18 November 2022 after Aisha Buhari instructed a team of police detectives to track him down. He was then held in an unknown location and denied access to his family and lawyer, in clear violation of international human rights law.

“It is beyond disgraceful that the Nigerian authorities have arrested and allegedly tortured Aminu Adamu Muhammed after he merely Tweeted about the First Lady of Nigeria. This deeply repressive act brazenly violates his human rights,” said Osai Ojigho, Director of Amnesty International Nigeria.

“The bogus charges against Aminu Adamu Muhammed must be urgently and unconditionally dropped. The authorities should instead order an investigation into his unlawful detention and abusive treatment. The fact that he was detained incommunicado highlights the rampant impunity enjoyed by the Nigerian authorities.

“Aminu Adamu Muhammed’s final exams are scheduled for 5 December 2022 at Federal University Dutse. He must be urgently freed and be able to finish his degree.”

Although President Muhammadu Buhari ratified the Anti-Torture Act in 2017, torture and other ill-treatment remain pervasive in Nigeria, with police and state security agents continuing to subject detainees to torture and other cruel, inhuman, or degrading treatment.

“The heavy-handed mistreatment of Aminu Adamu Muhammed is a clear attempt to strike fear into the hearts of young Nigerians who use social media to hold the powerful to account. The Nigerian authorities must urgently respect and uphold the right to freedom of expression,” said Ms Ojigho.

“Amnesty International is concerned by the growing number of attacks on freedom of expression in Nigeria. The authorities are increasingly using unlawful arrests and ill-treatment to stifle those who criticize the state. This must stop now.”

Excluded from a charity match for an “inappropriate joke”,...