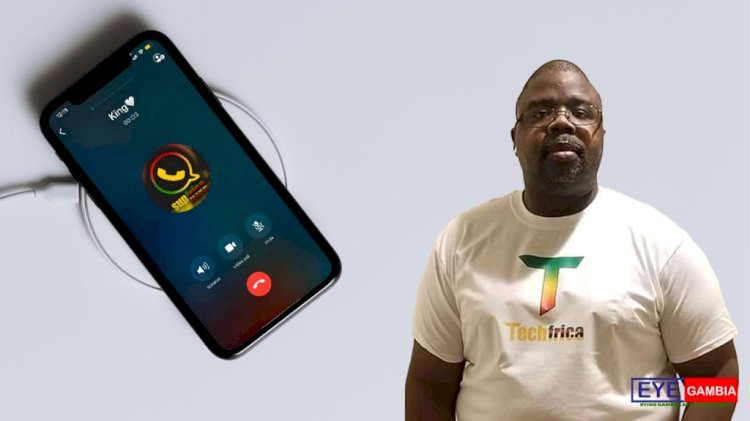 Information sharing and global communication that characterized this modern age has seen many people, especially the youth making use of social media platforms; most of which are owned by foreign tech companies.

As a continent, Africa has a lot of experts with the technical know-how to build some of these platforms but due to some reasons, many of these people hire or sell their expertise and creative ideas to foreign companies who end up owning these ideas with minimal recognition.

If you take a good look at the major leading social media platforms such as WhatsApp, Facebook, Instagram, Telegram and so on, which are thoroughly used by Africa youth today, all of them are owned by foreign companies.

However, the narrative has started changing as some Africans are beginning to venture into creating platforms owned by themselves; the news of a Sierra Leonean born young man creating a high-quality social networking application is enough prove that the tech revolution Africa is waiting for is gradually emerging.

A tech company named Techfrica, owned by Mr. Hassan Hafiz Bakarr-Kanu, a sierra Leonean has released a highly rated mobile application called Supfrica. The app which is classified as one that could compete with top messaging apps such as Whatsapp.

The good thing is that this app actually has more advanced features. The app has relatively higher quality voice and video calling features; unlike Whatsapp which has limited group membership, groups on Supfrica takes unlimited number of people.

Compared to WhatsApp again, supfrica allows you to forward messages to over 20 contacts at a go. The app equally operates at a cheaper rate as well. With Supfrica, one can make uninterrupted video and voice calls whilst using 2G, 3G, and 4G.

The application which was uniquely named to depict its African ownership was released on the Google Play Store on December 11, 2020, with over 10,000 downloads. So far, the application has received very good reviews on the play store confirming its efficiency.

What we have been calling for, thus, Africans creating their own platforms is finally here; The most we can do is to support and promote it. Mobile applications developed by these tech giants are what they are today because of quality and support base. The quality of Supfrica is tried and tested.

What is left is your support.

Insurgency Will End This Year — Buhari