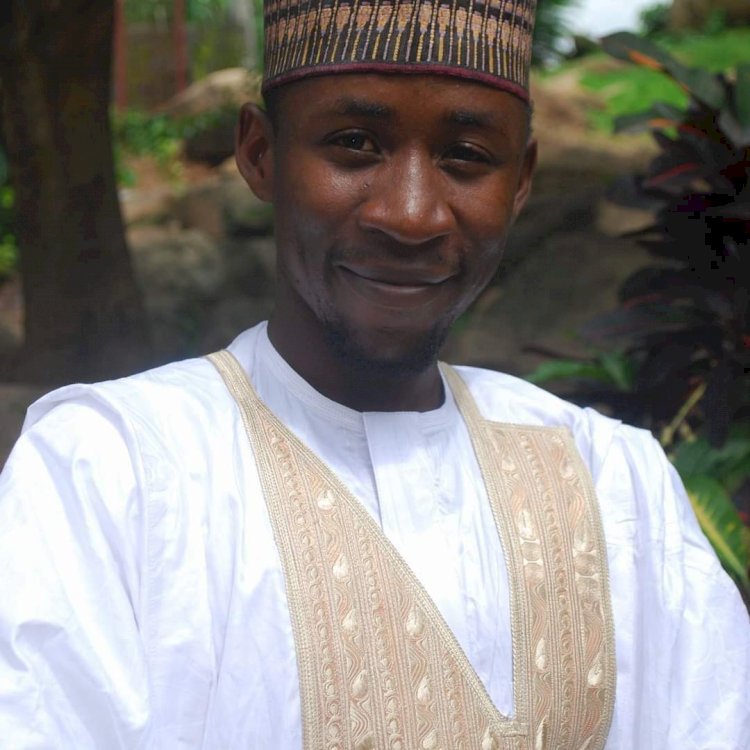 The African Continental Free Trade Area is an initiative of the African Union and Head of States and Governments of all African countries, to ease movement of goods and services within the continent for the development of the continental economy.

At the initial stage, Nigeria, which happens to be the major market block, having been the most populous country in the continent and 6th in the world, refused to sign the initiative rendering it on the brink of death.

But following the intervention of the African Union and many other leaders, president Muhammadu Buhari after getting advice from his own-constituted economic experts and analysts, decided to make the historic signature, when Nigeria's benefits were laid bare.

Based on THE AFRICAN CONTINENTAL FREE TRADE AREA aims and objectives, the initiative is DETERMINED to strengthen African economic relationship and build upon the continental respective
rights and obligations under the Constitutive Act of the African Union of 2000, the Treaty Establishing the African Economic Community of 1991 and, where applicable, the Marrakesh Agreement Establishing the World Trade Organisation of 1994;
The ACFTA HAVING REGARD to the aspirations of Agenda 2063 for a continental market with the
free movement of persons, capital, goods and services, which are crucial for deepening economic integration, and promoting agricultural development, food security, industrialisation and structural economic transformation;
it is also part of the objective to promote and attain sustainable and inclusive social and economic development and
structural transformation of the State Parties; To further enhance the competitiveness of the economies of State Parties within the continent and at the global market; The AfCFTA will also promote industrial development through diversification and regional value chain
development, Agricultural Development and Food Security; and Benefits of AfCFTA The cornerstone of the AfCFTA is promotion of industrialization, sustained growth and development in Africa. The agreement is being pursued based on its potential to “boost intra-African trade, stimulate investment and
innovation, foster structural transformation, improve food security, enhance economic growth and export diversification, and rationalize the overlapping trade regimes of the main regional economic communities”
(AU-ECA-AfDB 2017).

Part of TRADE, GROWTH AND MONETARY BENEFITS OF AFCFTA
Key concerns driving the resistance to the AfCFTA is whether the expected gains will be realized without sufocating african struggling industries.

This is also tied to the theoretical argument of whether trade agreements lead to trade creation or trade diversion. The fear of losing the supposed protection of less-competitive domestic
producers operating in inclement business environment underscores the opposition from trade unions.

But liberalization, usually through a Schumpeterian-type process of disrupting and recreating at a larger scale, brings about economic benefits that far outweigh the short-term costs. This is even more e ective with global trade which provides added incentives for competition and innovation as well as the continuous search for new
opportunities and markets.

With a fully conceptualized agenda, Nigeria has joined eventually and all the states of the federation are expected to bring about their potentials and also show interest in joining the initiative.

Let me come back to the core issue in Nigeria with regards to the AfCFTA. The national action committee on AfCFTA headed by the Minister of Industry, Trade and Investment, Otunba Niyi Adebayo, unfortunately has no northerner as a member.

Does that mean there is no single qualified economic expert in the north that can also be in this crucial committee? No wonder when it comes to economic development the northern states are always at the bottom of the list.

The north has the highest potentials of making Nigeria to benefit from the trade agreement. For example, the north-west, alone, has land borders with Niger Republic, while the north -east with Niger Republic, Chad and Cameroon. For the North-central it is Cameroon and Benin Republic through.

If you cast a critical look at the AfCFTA objectives the north have more than enough potentials of participanting in the initiative as the region has the highest market population; it is also the region with agricultural main stay and leading in the drive towards food security in the country.

Recently, the AfCFTA National Action Committee chairman, Adebayo, has been touring the south -west governors, exploring and discussing the opportunities as well as delibarating with focus on implementation of the agreement, despite the fact that those states have equal or even far less than potentials compired to their counterparts in the north.

Where are the northern governors? Are they missing in action on this? Is it that the committee decided to sideline them or it is their normal nonchalant attitude towards development?

Even as at now the minister is yet to pay such a visit to any northern state to discuss such matter, despite the fact that they are the major actors in this aspect.

With the recent development, I can personally say northern leaders both in ruling and opposition parties are more concerned about their political interests instead of what their people will explore and benefits in the future.

Come to think of it, who among the 19 northern governors can now look, understand and express his interest by inviting the committee?

Aminu Waziri Tambuwal of Sokoto, whose attention is now solely on becoming the next president? Or is it Abdulrahman Abdukrazak of Kwara who is facing political battle in his party and the opposition? Or is it Aminu Bello Masari of Katsina that is battling kidnappers and bandits and then busy buying dogs to protect school children? Or is it Darius Ishiaku of Taraba who is battling with his health? Or it his neighbour, Samuel Ortom who is always on national TV shouting herdsmen and obviously obsessed with Fulanis?

Will you single out the workaholic Babagana Umara Zulum of Borno, who is always on the road for his people? Or is it Bala Muhammad of Bauchi who is preoccupied with the second tenure dream and going round for next political ambition? Or is it Adamawa state governor Ahmad Fintiri who is seeking to return for second tenure against all the odds? Or is it Yahaya Bello of Kogi who is now intending to contest for the president, and always on national TV denying the reality of Covid-19?

Is it Abubakar Sani Bello of Niger state who is facing threat of bandits, yet curve out time to travel abroad to watch his dream football team? Or is it Abdullahi Umar Ganduje of Kano who focuses on building more flyovers in Kano city to eclipse his predecessor and political enemy? Will you tell me of Badaru Abubakar of Jigawa state, who is looking at the possibility of relocating Hadejia over flooding? Or is it Mai Mala Buni of Yobe state who visits his state four times a month? Or is it Simon Lalong of Plateau state who is trying to prevent tribal crisis? Or is it Abdullahi Sule of Nasarawa whose state is having issue of emerging terrorists groups? Or is it Abubakar Bagudu of Kebbi whose concern is unity of APC governors, or is it Bello Matawalle of Zamfara, whose state is under no flying zone? Or is it Nasiru El-Rufa'i who is sacking workers and facing bandits? Or is it Inuwa Yahaya of Gombe whose limelight comes only during Mai Tangale crisis?

The northern governors' focus for now seem to be only on how they can sustain their political carrier or relevance, and relegating policies that will increase the socio-economic development of their respective states, which will translate to bringing an end to the insecurity affecting the region.

While writing this, I was wondering that the situation around the AfCFTA national committee was the other way round: as in just imagine that the committee was full of northerners without single southern representative, won't the cyber space be full of cries and hues?

It is important for the northern governors to understand and appreciate that the region is currently facing serious security, economic challenges and the level of unemployment among youths in the region is at a record high, which the governors and other relevant individuals must do all they could to provide opportunities for them, as there is a strong relationship between economy and security.

They need to also ensure that they invite the committee and equally work in the north with a view to fully participating and benefiting from the agreement.

Alhassan A. Bala
Is an Abuja-Based Broadcast journalist, writes this from Abuja and can be reached on balahassan2007@gmail.com