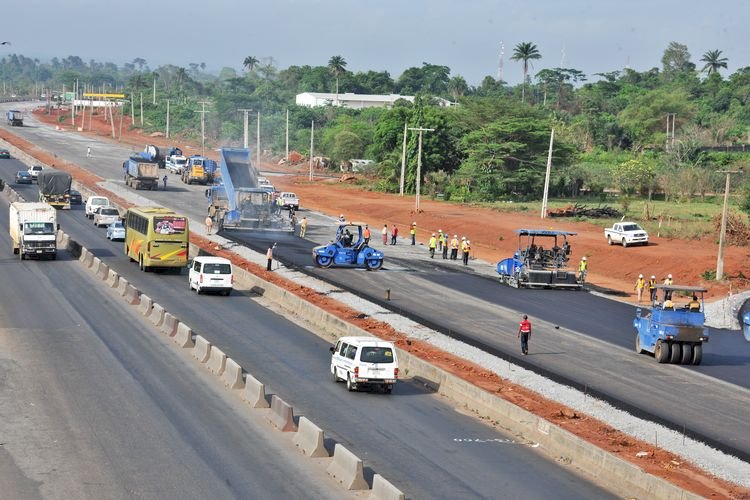 Julius Berger Plc has expressed optimism that the ongoing construction of the Abuja-Kaduna-Zaria-Kano Dual Carriageway would be concluded by the mid 2021, just as the Senate Committee on Works decried the slow pace of work.

Regional Manager of the construction company, Benjamin Bott made the disclosure while speaking to the committee led by Sen. Adamu Aliero who were on an oversight to the sites on Monday.

”Works are progressing. You will be very comfortable with the quality and progress of the work.

”We are having all hands on deck with our controllers and the team from the Federal Ministry of Works,” he said.

Recall that the contract was awarded on December 20, 2017 to Julius Berger Plc at a cost of N155.48 billion and has three sections; Zuba-Kaduna, Kaduna-Zaria and Zaria-Kano road.

Mr Aliero expressed worry that the work was done at ‘snail’ speed, saying that Nigerians were worried as the road cut across three geopolitical zones; North-Central, North-West and North -East.

“It is a very important road in terms of the economic gains of the zones; the delay is unacceptable; there is no enough mobilisation on the part of the contractor.

“Several people have complained to us as legislators and true representatives of the people, that is why we are compelled to come and see what is happening,” he said.

While reminding the contractor, Julius Berger Plc that it had 14 months to complete the job, the lawmaker said that the Senate “cannot afford to lose more lives on the road.

”From what I gathered, the ministry has not done its work properly. There is inconsistency in the whole arrangement,” he said.

A member of the Committee, Sen. Kabir Barkiya (APC-Katsina) said that the level of work was not encouraging as the non-completion of work had resulted in the death of many.

He questioned if it was the type of funding and the budgetary releases the contractor was getting that had led to the delay in finishing the work.

Also, Deputy Minority Whip, Sen. Sahabi Yau observed that the committee was not doubting the quality of work by Berger but certainly, the duration taken for it to do the job was doubtful.

“Because you have refused to mention in your briefing how much you have collected so far. Is it that you have not been settled and certificates not raised by the ministry of works?

“The journey of two hours is now for five hours because of the interchanged sections,” he decried.