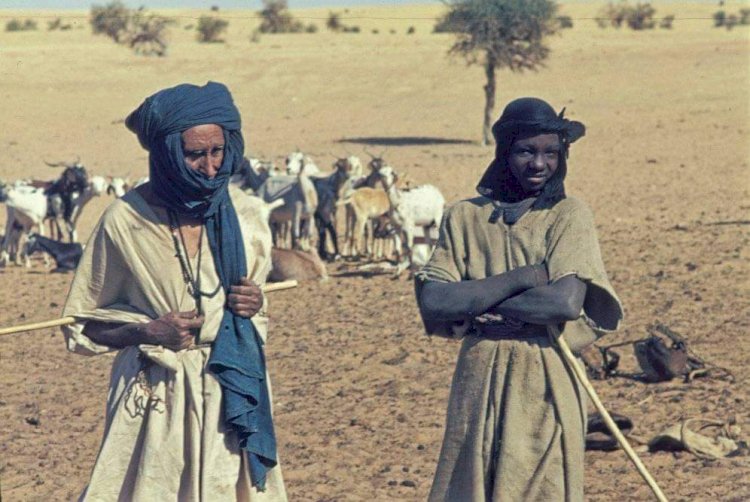 Taureg people are the inhabitants of Sahara the tamasheq language which belongs to the barber branch of the afroasiatic family they are called blue people because of their indigo dye color clothes they are semi nomadic people they reared cattle camel and sheeps they are Muslims believe to be the decendant of barber native tribe of north Africa,

Taureq have been in the historical influence in the spread of islam in the north and west Africa and it legacy in the sahel region,

Other distinctive aspect of Taureq culture include clothing food language and nomadic architecture is very dynamic,