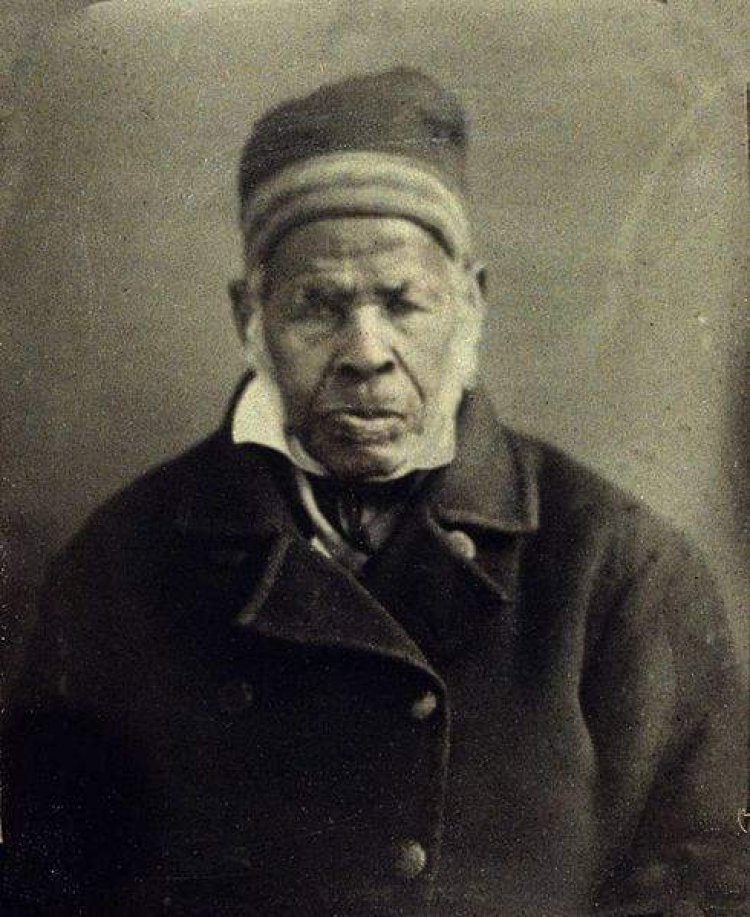 The fundamental element of the slave culture is the right that slave owners relegated to themselves to define those they enslaved. We can see this with how Anglo Americans depicted the enslaved African Muslim sage, Alfa Umar ibn Sayyid.

The recorded annals of all contemporary Anglo Americans who knew the Shaykh, all attested to the claim that he had become Christan. One of the key proofs they cite is Alfa Umar’s usage of the phrase “our lord, Jesus” (rabbanaa Yushuu`a)  in his Atibiography. [see fig 1]

Whenever Alfa Umar referred to Jesus in any context, the Anglo-Americans deduced from this referent an acceptance of their view of Jesus as ‘lord-god and savior’. On the other hand, Umar’s understanding of Jesus the son Mary, must be comprehended from his own Islamic frame of reference. Umar said in his Autobiography: “And now the words of our lord Yusu`a the Messiah.” 1

The use of the term ‘our lord’ in referring to sayyidinaa Isa ibn Maryum (Jesus son of Mary), upon him be peace, is perhaps the strongest evidence of the possibility of Umar ibn Sayyid’s apostasy from the religion of Islam. However, again, when examining Umar’s level of Islamic education, one is forced to reconsider other alternatives other than mere abandonment of his religion.

First the term rabb (lord, sustainer) when used with the definite article (alif & laam) refers suitably and solely to Allah ta`ala who is, as Shaykh Muhammad Murtada ‘z-Zaydi said in his Taaj al-`Uruus: “The Rabb is Allah `azza wa jalla, the sustainer of everything, i.e. its owner. He possesses lordship (rubuubiyya) over the entire creation. There is no partner to Him and He is the Lord of all lords, the King of kings.” 2

Abu Mansuur said in his Lisaan, “The Rabb unrestrictedly refers linguistic to the owner, the master, the manager and the educator. It is not used unrestrictedly to other than Allah except when the word is brought into relationship with something else. Like when you say: ‘the rabb of so-and-such.” 3

The Qur’an utilizes the term rabb in many cases to refer to created beings that are in some way responsible for managing a created thing or person.   Allah ta`ala says on the tongue of Prophet, Yusef, when he addresses the inmate who was destined to be freed from prison: “Mention me with your lord.” [Quran: Yusef: 42.]

Here reference is made to the owner or master of the inmate for whom he will be employed. Thus, Prophet Yusef utilized the term rabb as it was known and accepted with those whom he was addressing. Another consideration, and perhaps the most plausible, is that Umar was practicing dissimilation (taqiyy) out of fear for his life under the Christians.

As previously discussed, this is a legally acceptable option for any Muslim who is under the jurisdiction of the disbelievers and can find no way to establish his religion nor can he find a means with which to make the hijra from under their control. This is the legal ruling for a free Muslim who finds himself in circumstances where he fears establishing the religion. Umar was not hurr (free). Taqiyya was perhaps the only logical option he had.

Thus, Alfa Umar ibn Sayyid referring to Isa ibn Maryum, as ‘lord’ cannot be used as conclusive proof for apostasy because one can construe many implications from the Quranic meaning of the word. Further, when this is connected to the right of dissimulation (taqiyya), then Alfa Umar’s persistent Islamic belief stands out.

One must recall that Amaar ibn Yasar, the Afro-Arab Companion of Prophet Muhammad, said far worse than Alfa Umar ibn Sayyid, yet Allah ta`ala freed of him apostasy by His words: “Whoever disbelieved after having faith, except those who were coerced while their hearts were tranquil in belief.” [Quran: an-Nahl: 106.]

It is well known that Amaar verbally denounced Allah ta`ala and outwardly proclaimed the false deities of the Quraysh, yet Allah ta`ala declared him innocent due to the state of his heart. Like `Amaar, the same about Alfa Umar ibn Sayyid, who being coerced through slavery, dissimulated to the Anglo-Americans in order not to be killed or worse.

We will return to the parallels between Alfa Umar and the Black companion of the Prophet, `Amaar ibn Yaasir, and discuss the possible spiritual influence that the latter had upon the life of the former. Thus, contrary to being proof of his conversion, his dissimulation only proves his utter contempt for his captors and their own innate ignorance as disbelievers.

As mentioned earlier, the Anglo-Americans would often force African Muslim to write down the Lord’s Prayer as a sign of conversion to Christianity. Alfa Umar ibn Sayyid was no exception to this rule. However, it is through understanding the early education of Alfa Umar ibn Sayyid that insight can be had into the real reasons behind his citing of the Lord’s Prayer. As Umar claimed, he studied the Islamic sciences intensely for some twenty-five years. 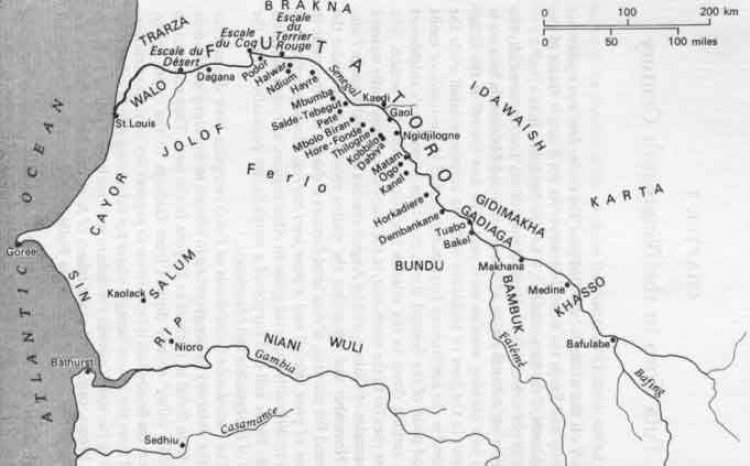 The system of education that permeated western Bilad’s-Sudan comprised of a deep understanding of the science of the traditions of the Prophet, may Allah bless him and grant him peace. This included mastery of the sihaah (sound) collections, the musaneed collection (those collections organized on the basis of the last transmitter before the Prophet) and the sunnan collection.

Among the sunnan collections that the student had to have mastered was the Sunan of Abu Dawud. In this collection there is a prophetic tradition related on the authority of Abu Darda, who said that the Messenger of Allah, may Allah bless him and grant him peace said,

This prophetic tradition has striking resemblance to the Lord’s Prayer as narrated in the New Testament :

“Our Father which art in heaven, Hallowed be Thy name. Thy kingdom come. Thy will be done in earth, as it is heaven. Give us this day our daily bread. And forgive us our debts, as we forgive our debtors. And lead us not into temptation, but deliver us from evil: For thine is the kingdom, and the power, and the glory, forever, Amen.” 5

Because of the similarity in the expression of the ‘Lord’s Prayer’ and the famous du`a ‘r-ruqiyya “Supplication for Remedy” of Prophet Muhammad, may Allah bless him and grant him peace, perhaps Alfa Umar and other enslaved African Muslims saw no dilemma in recording it. Further, this tradition was narrated in the section of the prophetic traditions regarding medicinal remedies.

This is significant because apart of the fundamentals of education in the bilad’s-sudan was a basic understanding of Islamic folk medicine called Tibb ‘n-Nabiyyi (the medicine of the Prophet). This entailed the student mastering the basic remedies transmitted by the Prophet, may Allah bless him and grant him peace.

The bottom line is that the above tradition related by the Prophet to his community, as a cure is an exact rendering of the Lord’s Prayer. This means that given Alfa Umar ibn Sayyid’s level of education, he had to be familiar with the tradition that would entail him not seeing any harm of citing the Lord’s Prayer since it too, was related by Prophet Muhammad as a chanted formula for its curative qualities.

This means that Umar’s citing of the Lord’s Prayer as a sign of conversion is definitely inconclusive. The Anglo-Americans insisted on defining Umar in their own terms of reference while ignoring the clear evidence of his persistence in his Islamic culture and religion. This is an example of the countless cases of cultural genocide that led to the disappearance of 3 to 5 million of Alfa Umar’s co-religionist in America. 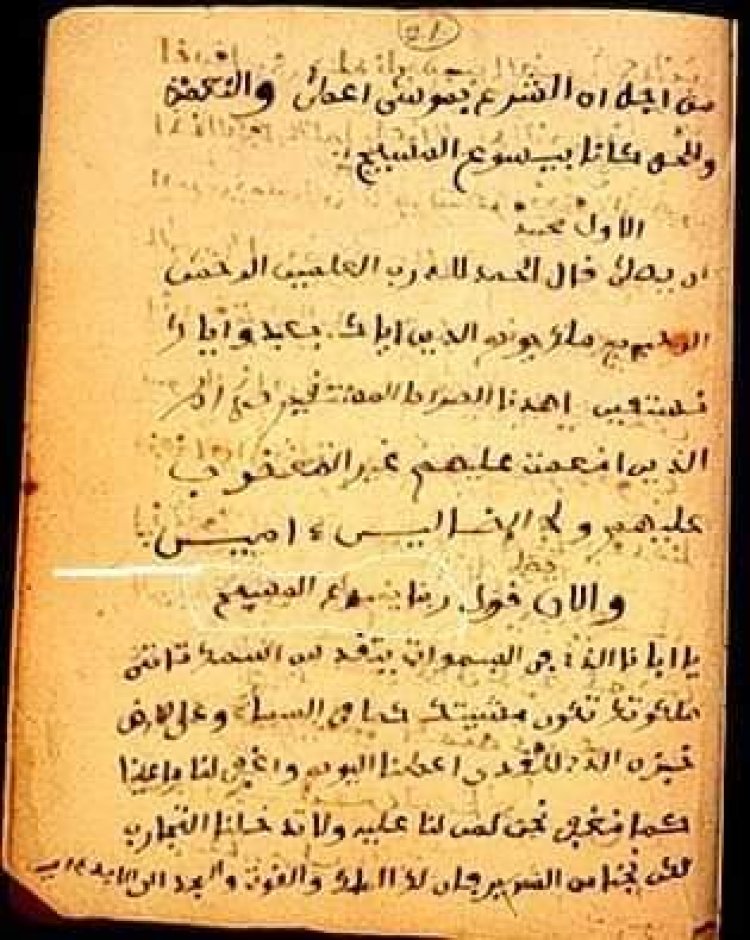 The Autobiography of Alfa Umar ibn Sayyid, stands today as the written anthropological evidence for the rights of self-determination for the descendants of African Muslim in the United States.   This lost son of Abraham, the Turudbe’ Fulbe, Alfa Umar ibn Sayyid cried out in his work for justice and liberty, and in speaking out, he indicted the system that oppressed his people.

As a Turudbe’ Fulani descendent of Abraham he fulfilled the call to command the good and forbid evil and indecency. He made a lasting impression upon revolutionary leaders in North Carolina, such as Denmark Vesey and the other African Freedom Fighters who took up arms in defense of freedom, liberty and self-determination.

To his Anglo-American oppressors in the state of North Carolina as well as the remainder of the country, he demanded his freedom and liberty of his people. This cry for freedom, which was the hallmark of the Children of Abraham, was echoed in Umar’s words:

The Lost & Found Children of Abraham in Africa & the American Diaspora