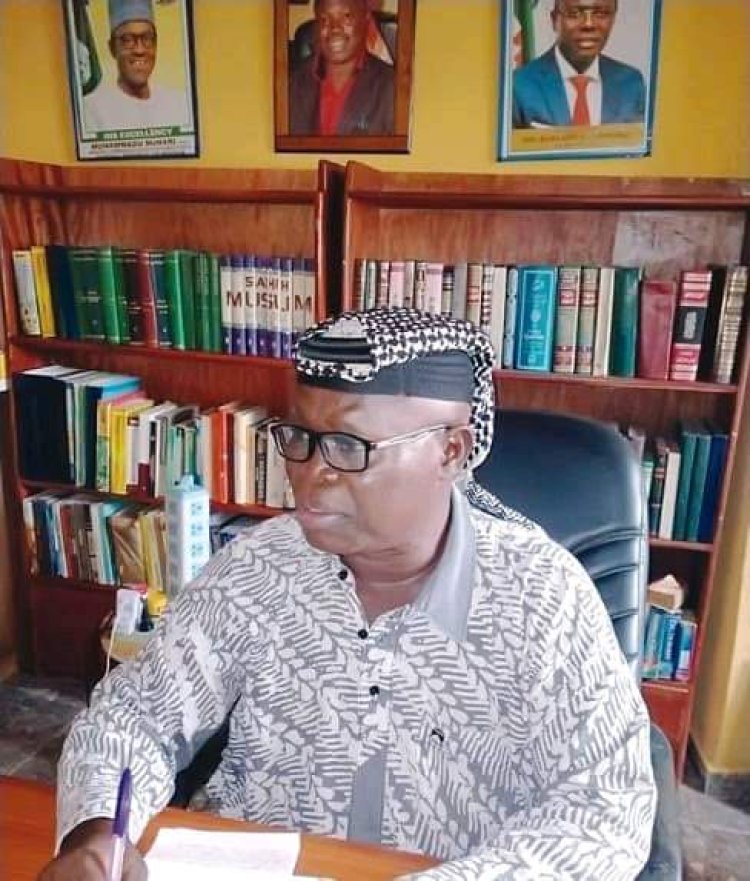 The Muslim Rights Concern has described the declaration by Vice President Yemi Osinbajo to contest the 2023 presidential election and succeed the President, Major General Muhammadu Buhari (retd.) as “backstabbing”.

In a statement on Tuesday signed by MURIC Director, Prof Ishaq Akintola, the group also said the declaration was purely evangelical and in consonance with the directive of the Redeemed Christian Church of God.

Akintola, in the statement, titled, ‘Osinbajo’s declaration is RCCGisation of the polity – MURIC’, described the declaration as “unethical and purely evangelical”.

“The fact that Tinubu declared on 22nd January 2022 when he met President Muhammadu Buhari in Aso Rock makes Osinbajo’s declaration look like a stab in the back,” the statement read in part.

It added, “The Vice President of Nigeria, Professor Yemi Osinbajo, yesterday declared his intention to run for the post of president in the coming 2023 general elections. This declaration, to our mind, will not pass any ethical screening. It is purely evangelical.

“As a pastor of the Redeemed Christian Church of God (RCCG), Osinbajo is simply carrying out his own part of the RCCG instruction dished out a few weeks ago on the creation of a political department in all parts of Nigeria. We see Osinbajo as the arrowhead of the RCCGisation of the Nigerian polity. His declaration must therefore be seen as a demonstration of his own loyalty and obedience to the directive which came from the RCCG headquarters.

“But MURIC cannot keep quiet after Osinbajo’s declaration because it is not in consonance with our agenda for the South West. We have never hidden this agenda from public view as it was made public as far back as February 2021 when we declared our preference for a Yoruba Muslim president.

“Osinbajo’s declaration presupposes that Yoruba Christians are born to rule. It gives the provocative impression that Yoruba Muslims are ‘children of slaves’ (a la Ishmael and Isaac storyline) who should never taste power. As we have argued in earlier press statements, all the four Yorubas who have been in Aso Rock were Christians: Olusegun Obasanjo, Earnest Shonekan, Oladipo Diya, and the incumbent vice president Yemi Osinbajo.

“If Osinbajo is basking in the born-to-rule syndrome of the RCCG, he should remember that a Muslim, Asiwaju Bola Ahmed Tinubu, brought him to limelight when he served under him as a commissioner in his cabinet. No matter how much they try to rewrite history, nobody can wish that fact away. The same Tinubu brought up your name ab initio in connection with his current position in Aso Rock.

“If the above is true (and it is), the fact that Tinubu declared on 22nd January 2022 when he met President Muhammadu Buhari in Aso Rock makes Osinbajo’s declaration look like a stab in the back. The vice president cannot claim to be unaware of what even a three-month-old baby knows already. Or is this how to repay goodness and mentorship? There is something immoral about Osinbajo’s declaration. It stands in contradistinction to a cardinal Yoruba concept, the ‘omoluabi’ concept. . It is absolutely ‘unomoluabi’.

“Even the RCCG angle now becomes more interesting. Osinbajo’s declaration comes across as pure evangelisation, particularly in view of the declaration of the Redeemed Christian Church of God (RCCG) directing all its parishes to open political offices in support of its members seeking political posts. The proselytization of the presidency by no other person than the vice president himself is an unprecedented and dangerous development. No high-level candidate in a general election has ever done it in this country.

“Osinbajo’s political party, the All Progressive Congress (APC) should watch it. Nobody should underrate the perspicacity of Nigerian Muslims. We will reject any party that promotes Redeemisation by forcing an RCCG pastor on Muslim electorates. MURIC is not in alliance with any political party. It is already certain that APC will lose the votes of Yoruba Muslims if it fields an RCCG pastor. We need no rocket science to know that.”

2023: How Governor Who Hosted Amaechi Avoided Endorsing Him