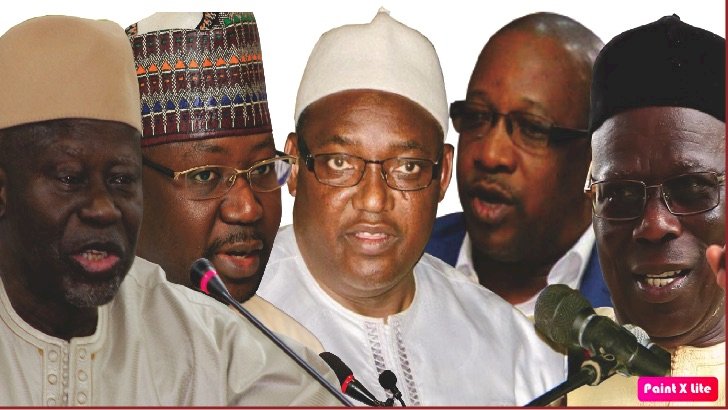 Addressing his National People’s Party supporters in Brufut on Saturday, President Adama Barrow warned critics and opponents to go back to the drawing board and tighten their belts ahead of the 2021 presidential election.

“Today’s meetings in Brufut and Sinchu Alagie, organised by few individuals without the direct involvement of the NPP’s central committee or myself, should send a signal to those who are claiming that I don’t have support to tighten their belts,” he added.

Barrow said when his development projects are completed, there will be enough proof for the Gambian people, arguing that he is very confident that his work will speak for him and gain him greater trust and confidence of Gambians.

“When I decided to wear my own shirt, I had said loudly that you may own your party and you will be right, but it would be a lie to say I own the people. This is why supporters from all parties are cross-carpeting to the NPP and there is a reason for that. They’re coming to NPP because they have seen something,” Barrow said at the Sinchu Alagie meeting.

“I know Gambians love the NPP and I want those in the party to open their arms for people to join them to build this country because whether we like it or not, this is our country and we should unite and build it together,” he added.

President Barrow said Kombo is very important in The Gambia and urged his regional chairman, Lamin Jatta to intensify his efforts because the elections are at the corner.

He said despite the growing number of candidates, he is sure when the time comes, he will hold his head high because, by that time, he would have accomplished many good things that will remain fresh in the minds of Gambians.

The president told the people of Brufut that they should not worry anymore about their road which he said would soon be constructed. “The money is already here and the road is being surveyed and very soon I will come back here to lay the foundation,” he told a jubilant crowd in Brufut.