Fulanization Of Nigeria Theory: Ortom Not The Propounder, But Proponent – Group 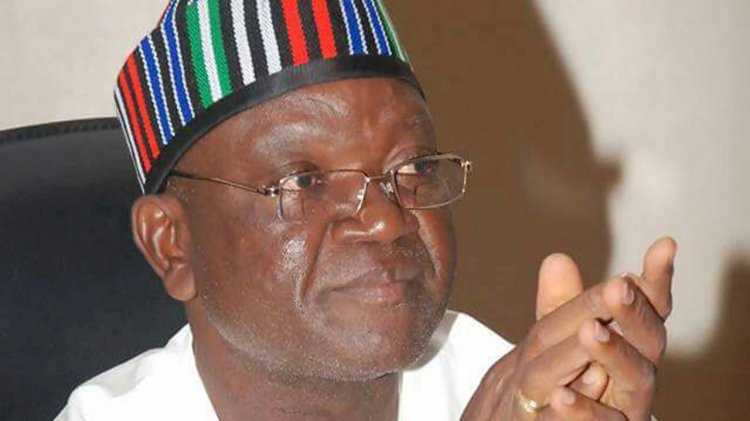 MAKURDI – A group under the aegis of MINDA (Masev, Ihyarev, Nongov Development Association) Strategic Contact Group (MSCG), in Benue state has lamented that the state governor Samuel Ortom was being villified for being the propounder of the theory of the Fulani “revival of the1804 Sokoto Jihad” as well as the “Islamization and Fulanization” of Nigeria.

The group however argued that Governor Ortom did not propound the theories, but rather, he has always been an advocate of actions to be taken to address the farmers/herders conflict.

MSCG, a non-political, and socio-cultural group of MINDA sons and daughters explained that what gave rise to the theories was when the conflict became fully developed and the expansionary agenda of the Fulani was no longer in doubt.

Spokesperson for the group, Dr Tivlumun Nyitse who disclosed this at a press conference in Makurdi on Sunday condemned the stifling of the freedom of the Benue people, through economic determinism, which he said is out of tune with modern times.

The group which was reacting to the recent press conference by the Minister for Special Duties and Inter-Governmental Affairs, George Akume said “Theorizing is a scientific terminology that opens the window in search of appropriate methodology for problem solving. But for clarity, Governor Ortom did not propound the aforementioned theories; he is only a proponent of the models.

“Akume’s attempt to use economic determinism to explain the genocidal attack on Benue by Fulani herdsmen militia is tantamount to the belief that Fulani herdsmen militia are at liberty to crush all Benue farmers to death under the guise of the so-called economic determinism, a mask term for usurpation or outright expropriation of the natural God-given wealth of the people of Benue state.

“How can there be peace between Fulani herdsmen and farmers when the former willfully herd cattle into crop farms and kill the farmers while carrying out their farming activities, burn their villages, markets, and murder them in cold blood in the IDPs (Internally Displaced Persons) camps. Yet, Senator Akume wants us to believe that there has been an age long affinity between the two divides.

The further observed that, “Senator Akume seems more convinced that fostering cordiality between Benue and Fulani meant conceding all Benue land to the nomads; or Benue farmers given themselves up for murder in cold blood.

“The Senator’s postulation that The Fulani had lived peacefully with the Tiv is out of tune with reality. The Fulani’s that Tiv people purportedly lived with over the years were presumably peaceful and friendly, which is in sharp contrast to the present Fulani who have promoted open hostility and animosity through the use of lethal weapons such as AK47 which they use to kill innocent Benue farmers.

“We challenge Akume to take up farming business whether crop farming or animal husbandry in the states of origin of the Fulani and let the death of even a harebrained Fulani link to the operation of his farm and let’s see what the reaction would be.

“While we commend Governor Samuel Ortom for always demanding that the Federal Government of Nigeria under General Muhammadu Buhari should rise up to the security challenges occasioned by these unprovoked attacks; we are shocked that some highly placed Benue sons and daughters are acting as agent provocateurs for these renegade elements.”

Nyitse pointed out that ordinarily, the group wouldn’t have reacted to the briefing by Akume, but was compelled to do so “because of our concern about the well-planned genocidal invasions on Benue farming communities by Fulani herdsmen militia, which are executed with military precision, the goal of which is not farfetched from land grabbing.

“Another compelling need for this reaction is that our heart bleeds seeing a highly valued political leader in our dear state losing touch with the reality on ground and in the process alienating himself to the extent of tending to display the mien of a beleaguered politician, which explanation suits the Senator’s unprecedented clad in armoury when he visited home (Makurdi) after the infamous press conference, thus obliterating the free interaction his people enjoy with him.

“That action betrayed Senator Akume’s latent premonition of love lost between him and his people that fondly venerated him, the consummation of which was the electoral reward showered on him which culminated in his election as two-time governor of Benue state and three-time senator and yet, through well-wishing, now occupies the high position.
of minister of the Federal Republic.

“As a Minister holding the portfolio of special duties, Akume’s access to the corridor of power and even Mr. President, would have been an advantage to utilize for the people of Benue state he represents. But it is rather sad that he tends to have manifest joy in snuggling in the blood of his people.

“While the Senator is playing politics and dancing over the graves of his people, Governor Ortom sees it differently, vowing that as the Chief Security Officer of the state, he has a responsibility not only to protect his people but also demand for protection for them from the Federal Government of Nigeria.

While he stressed that the group stands in solidarity with Governor Ortom, it places a demand on “President Buhari to rise up to his duties as President and Commander-in-Chief of the Armed Forces of the Federal Republic of Nigeria to protect all Nigerians from whatever form of insecurity irrespective of tribe, religion, or sex, and in particular farmers in Benue state from the hands of Fulani herdsmen militia because this is the primary responsibility of the federal government as enshrined in the constitution for which he also swore on oath to do.

The group also commiserated with Governor Ortom and the people of the state, particularly, farmers that lost their lives, loved ones and property resulting from the ceaseless attacks on their communities by herdsmen militia, which has dislocated their economic survival.

BBN: I Didn’t Have Sex With Boma, We Acted A Script , Tega Insists