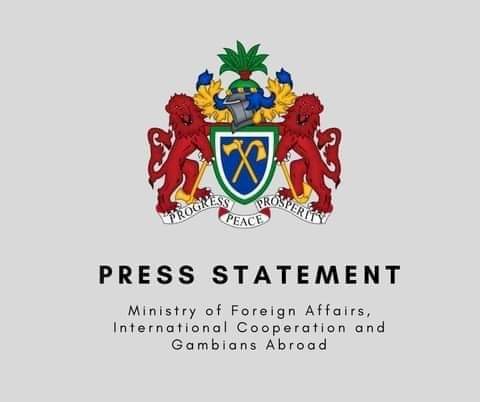 Statement by the Ministry of Foreign Affairs, International Cooperation and Gambians Abroad

BANJUL, 5 September 2021: The Government of The Gambia has noted with grave concern the coup d’état in the Republic of Guinea by elements of the Special Forces which resulted in the detention of President Alpha Condé and the dissolution of government, today 5 September 2021.

In reaffirming the African Union and ECOWAS positions and principles of the total rejection of all unconstitutional change of Government  and putsch, the Government of The Gambia hereby condemns the coup d’état in the Republic of Guinea and calls for the restoration of the constitutional order and underlines the need for the rule of law.

The Gambia Government is following with keen interest the current developments in Conakry and once again entreats the military to uphold the rule of law in the country, to immediately and unconditionally release all detained civilian leaders and to preserve the physical integrity of President Alpha Condé.