Nigeria’s VP says even 4th poorest state in Nigeria is richer than Gambia, others

Nigeria's VP says even 4th poorest state in Nigeria is richer than Gambia, others 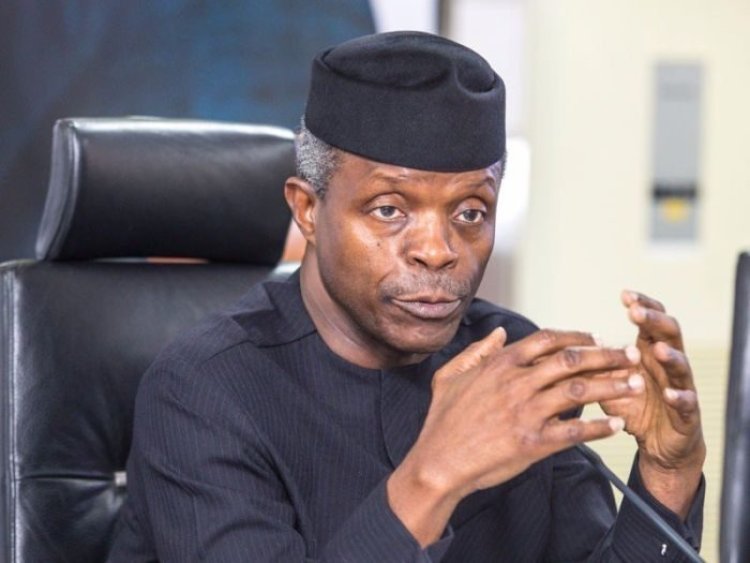 The vice president of Nigeria has said even the fourth poorest state in Nigeria (in GDP terms) is richer than The Gambia and several countries in Africa. Nigeria has 36 states.

Speaking at an event in the capital of the southwest Yoruba state of Ekiti on Thursday, Professor Yemi Osinbajo said: “Ekiti’s GDP is higher than that of Gambia. Gambia has a GDP of US$1.9 billion and [it is] also a higher GDP than that of Cape Verde with a GDP of US$1.7 billion or Seychelles, the lovely tourist destination which has just US$1.1 billion. Ekiti’s GDP is the same as the GDP of Liberia which just has US$2.95 billion.”

He said a fortnight ago, he represented President Buhari at the swearing-in ceremony of the new president of Sao Tome and the Principe. “As I sat in that well-appointed hall and took in the solemn grandeur of the oath-taking of the new democratically elected president, I reflected. Here was a country whose GDP is US$472 million and it’s a nation. It has one vote in the United Nations just as we have. Ekiti state has a GDP of US$2.8 billion – five times the GDP of the nation of Sao Tome and Principe.”

Vice President Osinbajo whose comments were not meant to be condescending or derogatory, told the people of the state: “The economy of the subnational is a peculiar animal. A state within the federation is not a nation, but it must behave like a nation. It derives some resources from the federal pool and generates some income. The sum of those will provide infrastructure and services to the communities. But the size of the sum and the quantum of opportunities available for the populace will depend on how the state enables local and external investors — small and large — to put their resources into businesses in the state.

“The attractiveness of the state to commerce is a radical issue. The very lives and livelihood of the people within the borders of the state depend on it. Nigeria’s subnational is indeed a peculiar animal. There has to be a collective change of mindset. There’s a need for a subnational to think like a sovereign state. You have bigger GDP and even more revenues than many nations.”

Ekiti which is one of the newest states of the Nigerian federation, was created by Sani Abacha on 1st  October 1996. It is five times smaller than The Gambia in size but almost twice richer. Even the poorest state in Nigeria Yobe, is richer than The Gambia by GDP.  Lagos, Nigeria’s richest state has a GDP of US$33,679 millions.