LaLiga: ‘They called me crazy’ – Dani Alves opens up on why he left Barcelona 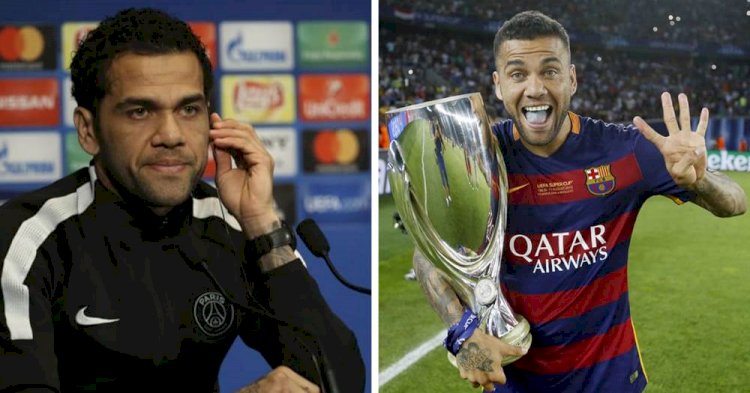 Alves said he left Barcelona because he had a lack of faith in the club’s hierarchy, adding that ‘they called him crazy’.

The 37-year-old, who currently plays for Sao Paulo, said soon after joining Juventus in 2016 that he felt Barcelona’s chiefs had not been open about the fact they wanted to sell him after spending eight years at Nou Camp.

The Brazilian right-back won six LaLiga titles and three Champions League in almost 400 appearances during his time at Barcelona.

In a Question and Answer with his 31.7million followers on Instagram, Alves explained the reason for his departure, with his comments reported by Marca.

“I did not believe in the leaders who were in charge in that moment,” Alves said.

“Later, it was proven that I was right. As I was the first person who said it, they called me crazy, but, as always…I am a good crazy!’

Meanwhile, Barcelona’s hierarchy has been criticised recently for lack of investment in a squad that has not won the Champions League since 2015 and has seen some important players, most recently Luis Suarez, leave the club for rivals Atletico Madrid.

Suarez’s departure from Barcelona angered Captain Lionel Messi and partly led the Argentine to sensationally hand in a transfer request after a summer in which the Catalan club was disgraced 8-2 by Bayern Munich in the Champions League last season.

Police officer killed by Igbo militia called ESN, she was killed by her own igb...

Amad has the quality to fight for a Ballon d'Or in five years' - Man Utd's NXGN...

PSG: Neymar cured of the coronavirus

Can 2022: Guinea under pressure before the "Derby" against...

Amad has the quality to fight for a Ballon d'Or in five...