FNDC calls for a demonstration on December 15, the day of the investiture of Alpha Condé 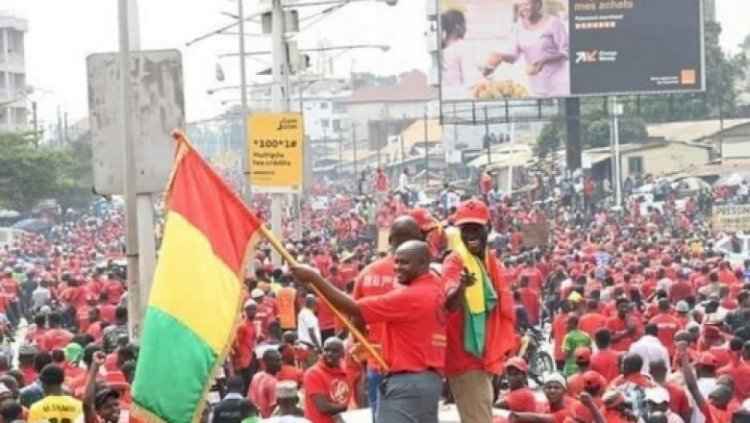 Alpha Condé decided to organize, on December 15, 2020, the baptism of the constitutional coup d'etat that he carried out successively on March 22 and October 18, 2020 by killing hundreds of Guineans and causing thousands of wounded as well as damage.  important materials across the country.

The National Coordination of the FNDC, faithful to the fight against the third term and autocracy, calls for the mobilization of all Guineans in love with justice to actively take part in a demonstration erupted throughout Greater Conakry on Tuesday, December 15, 2020.

This day of demonstration is an opportunity to renew the rejection of the third term by the people of Guinea and to reaffirm the determination of the country's democrats to continue the democratic struggle until the departure of dictator Alpha Condé in order to allow a total overhaul of the state.  Guinean by ridding it of this corrupt system.

The modus operandi as well as certain practical arrangements for the success of this day of demonstration will be communicated to democracy activists in the coming days.

The FNDC reaffirms its commitment to continue this noble fight to bring justice to the victims brutally murdered by this mafia clan.  And as long as Alpha Condé holds on to power, our fight will continue unabated.

Alpha Condé will never again be able to sit quietly in a blood-stained armchair claiming to lead a people oppressed but determined to free themselves.

Together united and united, we will win!