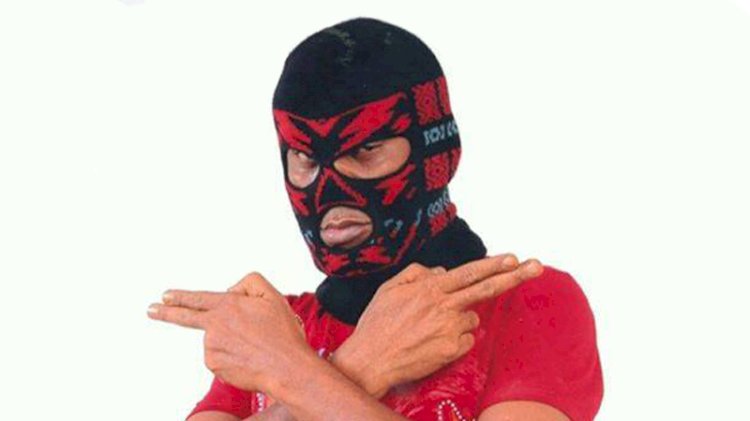 From the country of Uncle Sam, the singer artist Masta X denounced what he described as hypocrisy of certain artists from the Guinean cultural milieu.  From Seckouba Bambino, via Marcus of the BLZ group, Mansour Diallo did not mince his words about them.

For his live on his Facebook page, the former member of the group FAC Alliance, Masta X has engaged in a real verbal attack against all those who have been singing peace lately.  He treats them as being hypocritical in the face of the killings happening in the country because of the third term that the current president wants to run for.  First, the artist with the balaclava begins with the stage animator Moise 1.

“Moise Premier you present shows well, you were in the hearts of many artists, especially me.  But you just revealed a new face.  You're sold, shut up ”

And to chain "Marcus and Fish Killa I saw cry, but shut up, you are making fun of yourself.  Do you denounce the taking of our country hostage, do you forget that Cellou is a Peulh or do you keep quiet ... "

As for the song of peace whose authors are Sekouba Bambino, Ans-T Crazy, Binta Laly Sow, to name a few, the author of the title 'Diomban', he puts them on an equal footing

“Hadja Binta Laly I know in what context we came to take her, she does not understand what is happening.  But a Bambino you are not ashamed, you have not seen a Mewey, Tiken Jah Koly, who are you to talk to us about peace.  Or are you buttering with a member of the government?  He asks himself

In the same wake, Masta X asks other artists like Azaya, Ibro Gnamet, to come and denounce what is happening in the country because, he thinks, they are carriers of voices.