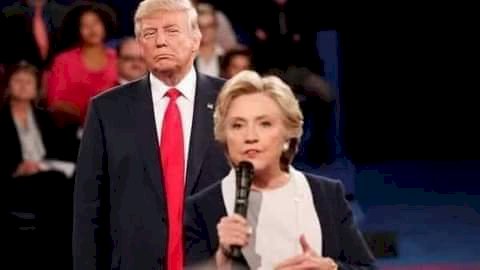 In an apparent reference to President Donald Trump’s refusal to accept defeat,  former US First Lady and Secretary of State,  Hillary Clinton,  has said the willingness of American Presidents to accept defeat distinguishes American democracy.

She said this in post on her Facebook page, where she posted a letter written by then outgoing President George H W Bush to then incoming President Bill Clinton, in 1993.

“Here’s how it’s done in America, “she wrote.

Continuing, the former presidential candidate said: ‘This is the gracious letter George H.W. Bush left for Bill in the Oval Office on the day of Bill’s inauguration.⁣”

Quoting the letter, she said:”Your success now is our country’s success,” President Bush wrote. “I am rooting hard for you.”⁣”⁣

“Since the very beginning, American presidents have accepted the will of the people and participated in a peaceful transfer of power. That’s what makes our democracy so unique, and so enduring.”

Meet Jill Biden The Potential First Lady Of The United...